Can a movie ever be better than the book? 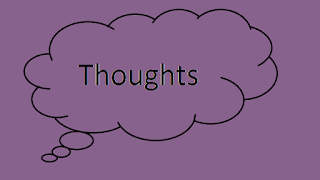 I have seen this quite often on the internet "Never judge a book by its movie". And I couldn't agree more. The trouble is, you cannot compare the two.

A book is a conversation between you and the author. The author tells you a story, you listen. Unless you read a translation, then there is a third person in the round, the translator. One of the main reasons I like to read books in the original ... but that's another topic.

With a movie, there are a lot of other points to consider. First of all, an author can write anything, his imagination is the limit. The director and/or producer has a lot of limitations, money is just one of them. For example, even if the author describes a character to the tiniest detail, that doesn't mean an actor like that exists. So, the better the description of the author, the more displeased will the reader be with the choice of cast. And that's just the beginning. The whole setting, we usually imagine a house differently, a park, a town, ... anything.

In any case, we all have a different kind of imagination and expect something different from a movie. It's like someone giving us a colouring book and then colours the pictures in with different colours than we would have done.

So, there are hardly ever any movies that we would prefer to the book, especially if we read the book first. The only exception might be if we didn't like the book that much in the first place. This happened to me with the book "Chocolat". Everybody was raving about it, there was such a hype. I expected it to be more than it was, a nice book with a nice story but that was it. I wasn't too impressed. Then I watched the movie and just loved it. Granted, some parts were changed but I quite agreed with the changes, maybe that's why I liked the movie better than the book? Another example where I liked the movie even though I loved the book: "The Help". I read the book before it became so popular and really liked it. As usual with films made from books I like, I was a little reluctant to watch the movie but I did it anyway. And loved it just as much. Why? Because they didn't leave out any important parts, they didn't change anything that I liked in the book, they made the movie in a similar way I made have made it. A very bad example would be "The Neverending Story". The film was so horrible that the author retracted his name from that project and I don't blame him one bit.

And that's the secret of it all. The more the director manages to capture the sense of the book the way the reader imagined it, the more successful the movie will be for those who have read it. However, since more people are watching the movie, I guess a lot of the film producers don't make that priority number one.

Coming back to the question "Can a movie be better than a book?" In general, I doubt it. Never judge a book by its movie.

What are your thoughts about this?
Posted by Marianne at 15:06

Email ThisBlogThis!Share to TwitterShare to FacebookShare to Pinterest
Labels: Thoughts