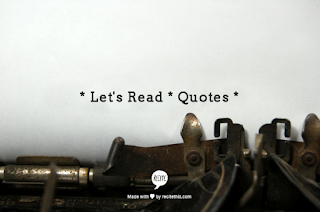 "I’m a smeller of books and a marker-upper of books." Matthew Norman, We're All Damaged

That's not a bad hobby.

"There is nothing that I enjoy more or I think is more nourishing than being able to just walk into a bookstore run by people who love books and love reading." Barack Obama

Don't you just have to love someone like that? One of the many reasons I am a fan of this guy.

"Simple tips to gain my friendship:
Have books.
Tell me about your books.
Invite me over to see your books.
Be a Book.
Books." N.N. 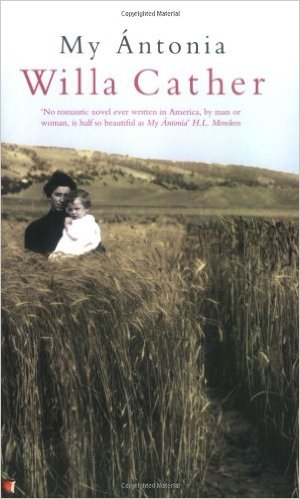 This was a great book, the description of the characters and the landscape are so wonderful, it shows great writing.

New settlers in America, about a hard life a hundred years ago but I think it still has a lot to teach us.

Read my original review here.
Posted by Marianne at 11:22 4 comments:

Dürrenmatt, Friedrich "The Judge and his Hangman"

I read this story at school, one of our required readings in German class. But I've enjoyed all of our readings, well, except for very, very few.

This is no ordinary crime thriller. Inspector Bärlach is dying. Forty years earlier he had bet with the criminal Gastmann that he could commit murder without being able to prove Bärlach. Now Bärlach is facing his last case and is trying to convict Gastmann.

In this novel we don't just find a classic crime thriller, we also find an attempt to come to terms with the past. The book was written by a Swiss auhtor shortly after World War II.

The book was filmed several times, which probably speaks for the story. And while I'm not a big fan of crime fiction, this is a very readable book.

"Inspector Bärlach is dying. But not fast enough for his arch-enemy.

When a member of the Bern police force is shot dead on a Swiss country road, the enigmatic Inspector Bärlach and his colleague Tschanz are intent on tracking down the killer. But the ailing Inspector doesn't have time to lose. Soon the pair discover that the victim was murdered on his way to a clandestine party at the home of a wealthy power broker - so why was a local policeman socialising with some of Switzerland's most influential men? Who was his shadowy host? And why has Bärlach's past returned to haunt him in his final hours?

The Judge and His Hangman is a thrilling tale of lifelong rivalry, and of two men chained together by a wager that would destroy them both.

Friedrich Dürrenmatt (1921-1990) was a Swiss author and dramatist, most famous for his plays The Visit and The Physicists, which earned him a reputation as one of the greatest playwrights in the German language. He also wrote four highly regarded crime novels: The Pledge (adapted for a 2001 film starring Jack Nicholson), Suspicion and The Execution of Justice, are also published by Pushkin Vertigo.

Inspector Bärlach forgoes the arrest of a murderer in order to manipulate him into killing another, more elusive criminal. This is a thriller that brings existential philosophy and the detective genre into dazzling convergence."

They spell it Barlach in the translation though it is spelled Bärlach in the original edition.

I know it's Top Ten Tuesday today but it's another reading list and I have done one recently which you can find here.

Instead of putting together a new list, I take the opportunity to do a completely different tag.

I was tagged to do the Book Blogger Memory Challenge Book Tag by the lovely Carol @ Reading Ladies in this post.

Thank you for the tag, Carol! I tried to find the originator of the tag but all I got was a name: Lauralovelockbookreviews but the link doesn't lead anywhere. Look here.

Answer the prompts without using the internet or looking at your bookshelves. Your answers have to come from MEMORY! Make sure to link to the person who originally tagged you and tag five other people if you’d like. 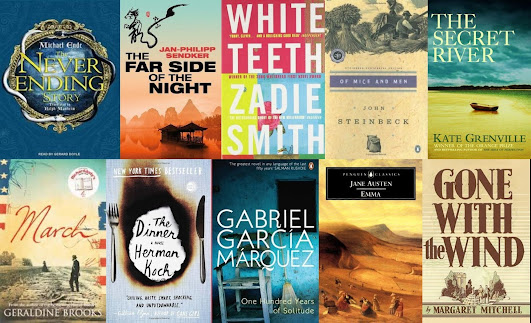 3.
Name a book about a character called George
Steinbeck, John "Of Mice and Men" - 1937

8.
Name a book with the word "One" in the title.
García Márquez, Gabriel "One Hundred Years of Solitude" (E: Cien años de soledad) - 1967

*** Carol discovered that there were only nine books to be named. She was right, of course. I went back through several posts and found that someone left out the third task, they probably couldn't find another book than the one most others had mentioned, "Curious George". ***

If you do the tag, please link to my post so that I can comment on yours! Thanks. And have fun!

This is one of the books on the reading lists in German Gymnasiums which is more or less the equivalent for high school. That is when I read it first. Since I'm not too keen on plays and never was, it wasn't my most favourite book but I did like the story in which Schiller describes the love of the son of a nobleman and the daughter of a musician. A modern tale "Romeo and Juliet", well, modern back in the 18th century.

So, yes. It is an interesting story that hasn't really lost much today. In our part of the world, this might not exist as much anymore but we can always change the background of the two lovers, imagine they are from different races, cultures, religions … Then, all of a sudden, the play isn't that outdated. And the writing has survived the test of time anyway.

"Intrigue and Love, sometimes Love and Intrigue, Love and Politics or Luise Miller (German: Kabale und Liebe, literally "Cabal and Love") is a five-act play written by the German dramatist Friedrich Schiller (1759–1805). It was his third play. It shows how cabals and their intrigue destroy the love between Ferdinand von Walter, a nobleman's son, and Luise Miller, daughter of a middle-class musician."

This is a follow-up of the novel "The Bean Trees", not necessarily my favourite by Barbara Kingsolver, whose stories I usually really like. But I think the main reason that was not my favourite, and this one won't be either, is what happens to the protagonists.

First, a baby is left with a young woman who then tries to bring her up without much help from outside. A couple of years later, someone finds she shouldn't have been able to adopt the child after all because the little girl is Cherokee. Well, I understand the native Americans but I really feel for the mother who fears having to give up her child. Such an impossible dilemna which doesn't seem to be so rare, after all, the story is based on true-life stories.

"When six-year-old Turtle witnesses a freak accident at the Hoover Dam, her insistence, and her mother's belief in her, leads to a man's dramatic rescue. But Turtle's moment of celebrity quickly draws her into a conflict of historic proportions that will envelop not only Turtle and her mother but everyone else who touches their lives."

I have also read other books by Barbara Kingsolver, you can find my reviews here.  She remains one of my favourite authors.

A good story about three women in Jackson, Mississippi, 1962, slaves and slaveholders. The relationship between them. A gripping story mixed with humour.

Partly written about her own life, the author is the writer of the book about the maids.

Read my original review here.
Posted by Marianne at 11:39 6 comments: