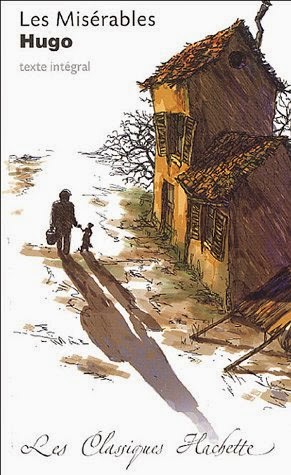 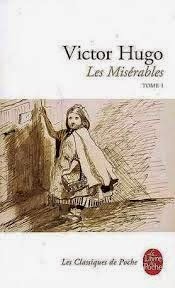 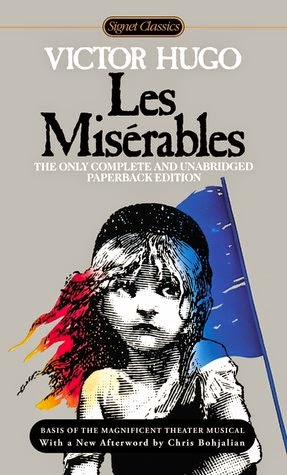 What a story. "Les Misérables" - those who are miserable. And miserable they are indeed. Someone steals a bread because children are hungry and has to pay for it for the rest of his life! Someone else doesn't do anything wrong, at least not at today's standards and is punished, as well. Only because she is poor.

And that is the crime of all those miserable characters. They are poor. Their destiny in life is written down even before they are born and there is nothing they can do.

Or can they? In times like this, it is no wonder that people crave a revolution and that they will do anything to get out of their hell on earth. Even kill.

I have no idea why I never read this before, I just have to say that I loved everything about it. The plot was interesting, you always want to know what is going to happen next, the characters well described, every single one was so well written, they could have jumped off the page. I was so happy this was such a long book (more than a thousand pages, what a story!) because I didn't have to say good-bye so soon. And that way it stretches over the lives of several protagonists.

This is a book you would like to start reading again the minute you put it down. A true classic.

"Introducing one of the most famous characters in literature, Jean Valjean - the  noble peasant imprisoned for stealing a loaf of bread. In Les Misérables Victor Hugo takes readers deep into the Parisian underworld, immerses them in a battle between good and evil, and carries them onto the barricades during the uprising of 1832.

Within his dramatic story are themes that capture the intellect and the emotions: crime and punishment, the relentless persecution of Valjean by Inspector Javert, the desperation of the prostitute Fantine, the amorality of the rogue Thénardier and the universal desire to escape the prisons of our own minds. Les Misérables gave Victor Hugo a canvas upon which he portrayed his criticism of the French political and judicial systems, but the portrait which resulted is larger than life, epic in scope - an extravagant spectacle that dazzles the senses even as it touches the heart."
Posted by Marianne at 12:13