Mayle, Peter "A Year in Provence" 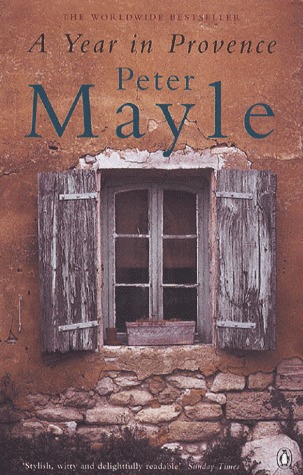 My favourites there: The Olive Series by Carol Drinkwater and "Driving Over Lemons" by Chris Stewart.

But I had also read some not so good ones and over time, they get a little repetitive. But a friend told me she had read all of Peter Mayle's books about his settling in Provence and they were hilarious, so I decided I'll give it a try.

I liked that book but not as much as the ones mentioned above. The author has a nice sense of humour, his stories about his French neighbours, the handymen, the food, everything is quite interesting. If you like this type of book, read it. He has written more about his life in Provence but, as I've already read so many, I won't accompany him and his wife on their journey.

"Peter Mayle and his wife did what most of us only imagine doing when they made their long-cherished dream of a life abroad a reality: throwing caution to the wind, they bought a glorious two hundred year-old farmhouse in the Lubéron Valley and began a new life.

In a year that begins with a marathon lunch and continues with a host of gastronomic delights, they also survive the unexpected and often hilarious curiosities of rural life. From mastering the local accent and enduring invasion by bumbling builders, to discovering the finer points of boules and goat-racing, all the earthy pleasures of Provençal life are conjured up in this enchanting portrait."
Posted by Marianne at 12:09