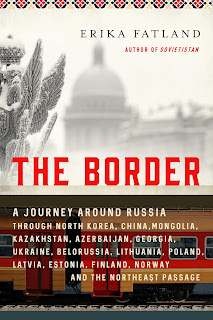 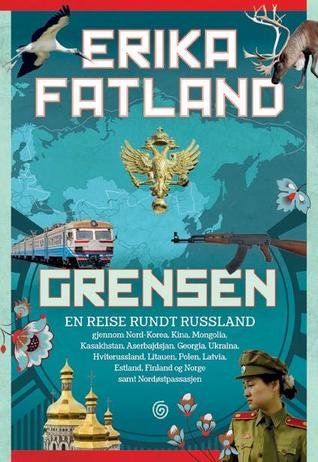 I usually don't review books here that have not been translated into English, yet. However, I have read that this one is supposed to be published soon and therefore, I want to whet your appetites already.

The author is a Norwegian journalist and she took a trip all around the Russian border. She visited every single country, even those that are not internationally recognized, like the de facto sovereign states in the Caucasus, though, Abkhazia, South Ossetia, Adjara, Nagorno-Karabakh and Donetsk. It was not easy to get into some of them. To get into Nagorno-Karabakh, she had to travel into Armenia because you cannot enter it from Azerbaijan to which it still officially belongs.

She visited all those parts with a lot of difficulties and spoke to the people there who told her about recent and former history and you can learn a lot about that part of the world. I think it's good if we know more about the largest, very powerful and probably most dangerous country in the world.

We talk about a great, well-written book where we feel we are travelling with the author, we discover the countries with her, the people who live there and their history. Fantastic.

This is the second book about Russia and its history that Erika Fatland has written. Her first one "Sovietistan: Travels in Turkmenistan, Kazakhstan, Tajikistan, Kyrgyzstan, and Uzbekistan" is on my TBR pile now. I am sure I will learn just as much from that book as I did from this one.

From the back cover: (translated)

"Russia's border is the longest in the world. Erika Fatland takes us on a trip to Russia's fourteen neighbour countries, from North Korea to North Norway and through the North-East Passage. The journey goes through wonderful landscapes and highly diverse communities what only have one thing in common: We are all Russia's neighbours.

It's also a trip through the dramatic stories of Russia's neighbours'. In any case, they have been influenced by the proximity of this mighty empire. We meet tsars that are addicted to conquests, brave adventurers and courageous individuals and Chinese dictators. The author visits contemporary conflict areas like the Ukraine whose borders with Putin's Russia have started to move again.

Erika Fatland shows her special abilities again to get close to people whom she meets on her way and lets them tell her a bit about the big stories of living near the border."
Expected publication in English: February 2nd, 2021.
Posted by Marianne at 17:07