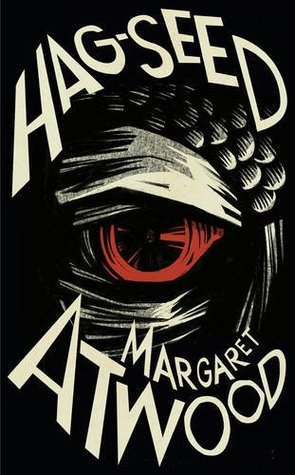 Before I left the Netherlands, a friend gave me this book. She had received it as a present and couldn't get into it. She remembered that I liked Margaret Atwood. I do, so I was happy to read this book of hers. It's a little different from her other stories as she is retelling Shakespeare's "The Tempest" in a modern setting. Highly interesting.

I must admit, I never read or watched "The Tempest" though I did watch the musical "Return to the Forbidden Planet" which was already a retelling of Shakespeare's piece in a futuristic setting and won the Olivier Award for Best New Musical both in 1989 and 1990. It's been a long time since I watched it but I remember brilliant actors, an interesting story and great music.

I really liked this book. It shows two things. One, that Shakespeare was a brilliant writer whose stories are still very much alive today. And two, that Margaret Atwood is just as brilliant because she can take this timeless classic and bring it nearer to today's readers. Fantastic.

I hope, the author will tackle some more of the bard from Stratford-upon-Avon.

"Treacherously toppled from his post as director of the Makeshiweg Festival on the eve of his production of The Tempest, Felix retreats to a backwoods hovel to lick his wounds and mourn his lost daughter. And also to plot his revenge.

After twelve years his chance appears in the shape of a theatre course at a nearby prison. Here, Felix and his inmate actors will stage his Tempest at last, and snare the traitors who destroyed him. But will it remake Felix as his enemies fall?"

Margaret Atwood received the Peace Prize of the German Book Trade (Friedenspreis) in 2017.
Posted by Marianne at 17:19