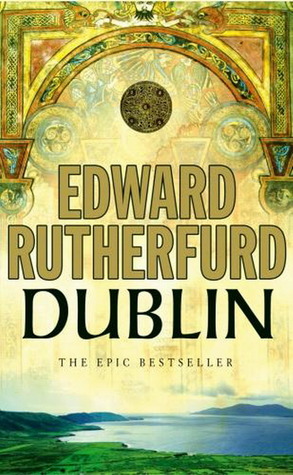 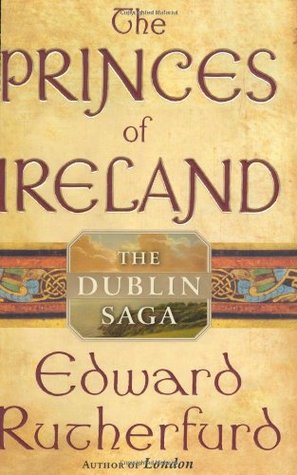 Amazon writes that "few authors are as ambitious as Edward Rutherfurd". I couldn't agree more. The amount of research that must go into his novels can only be described as vast, enormous, gigantic. After reading "London" and "The Forest", I was determined to read all of his books. This came up next. I love Ireland as much as England which I still very much call my home, even though I have moved away a long time ago.

Reaching from the fifth into the 16th century, this novel introduces us to the Ireland of the druids and the ancient Celts until the beginning of the Tudor reign. Rutherfurd draws a picture of a fierce and proud people, he carries on his tales through the centuries by introducing families the reader can follow through time. Unbelievably interesting, a fascinating read that teaches you history on the side.

"Edward Rutherfurd's great Irish epic reveals the story of the people of Ireland through the focal point of the island's capital city. The epic begins in pre-Christian Ireland during the reign of the fierce and powerful High Kings at Tara, with the tale of two lovers, the princely Conall and the ravishing Deirdre, whose travails echo the ancient Celtic legend of Cuchulainn. From this stirring beginning, Rutherfurd takes the reader on a graphically realised journey through the centuries. Through the interlocking stories of a powerfully-imagined cast of characters - druids and chieftains, monks and smugglers, merchants and mercenaries, noblewomen, rebels and cowards - we see Ireland through the lens of its greatest city."

Looking forward to reading part 2 of this saga, "Awakening" that takes us from the end of this book into our present time.

Find a link to all my reviews on his other novels here.
Posted by Marianne at 11:56