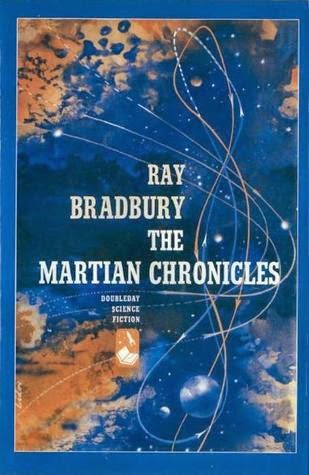 "The Martian Chronicles", a highly interesting novel about the human invasion on another planet. A dystopian novel that couldn't envisage anything better. Or worse.

The whole story is separated into several different short stories, each of which could be read separately but only together do they form a full picture of the extent what the human race can do. That doesn't mean they should necessarily do it.

I think the Martian Chronicles should be seen, as any dystopian literature, as a warning to us. The author doesn't necessarily talk about what we could be doing to the planet Mars but also about what we are doing to our own planet. If we don't stop what we are doing, we will end up like the Martians, non-existent. We should see this book as a parable and learn from it.

I loved Ray Bradbury's "Fahrenheit 451" but I think I liked "The Martian Chronicles" even better. His style is agreeable, easy to get, yet full of allusions and side remarks. Anyone who likes this sort of genre should read his books.

"Leaving behind a world on the brink of destruction, man came to the Red Planet and found the Martians waiting, dreamlike. Seeking the promise of a new beginning, man brought with him his oldest fears and his deepest desires. Man conquered Mars - and in that instant, Mars conquered him. The strange new world with its ancient, dying race and vast, red-gold deserts cast a spell on him, settled into his dreams, and changed him forever. Here are the captivating chronicles of man and Mars - the modern classic by the peerless Ray Bradbury."

Ray Bradbury received a special Pulitzer Prize citation in 2007 for "his distinguished, prolific and deeply influential career as an unmatched author of science fiction and fantasy."
Posted by Marianne at 17:36