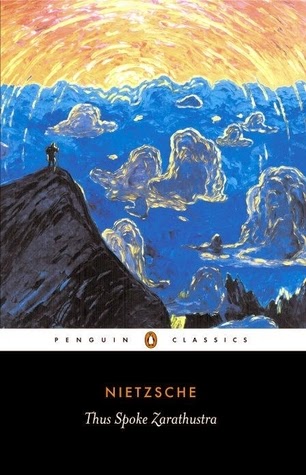 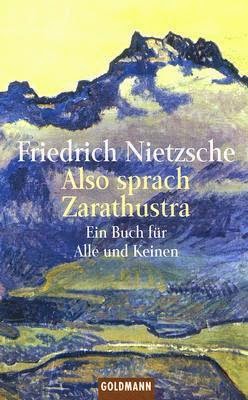 A philosophical book. The title itself is mere poetry. Even for non-German speakers, it sounds magical, or at least it should.

Nietzsche was a German philosopher of the late 19th century. We have to bear that in mind when reading his work. I've been trying to put together a little description of the book but have failed miserably. It's too hard to put these thoughts into just a few lines.

All I can say, it is definitely worth reading this book and it should be read more than once in order to grasp the whole philosophy behind it. One of the greatest works of its sort. Highly provocative, it had a huge influence on both literature and art, certainly one of a kind.

"Thus Spoke Zarathustra: A Book for All and None is a philosophical novel by German philosopher Friedrich Nietzsche, composed in four parts between 1883 and 1885. Much of the work deals with ideas such as the "eternal recurrence of the same", the parable on the 'death of God', and the 'prophecy' of the Übermensch, which were first introduced in The Gay Science.

When Zarathustra (also known as Zarathusta, Zoroaster) had reached the age of thirty years, he left his native country for the mountains where he prayed and fasted for ten years. Finally, when he got his Prophetic calling an angel is said to have appeared before him.

Later Zarathustra became the founder of Zoroastrianism and his teachings are preserved in the Zend Avesta and the Gathas which include topics like spirituality, ritualism, sacred chants and astrology."
Posted by Marianne at 16:37