Talshir, Anat "If I Forget Thee" 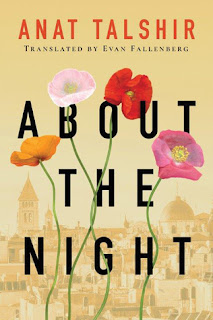 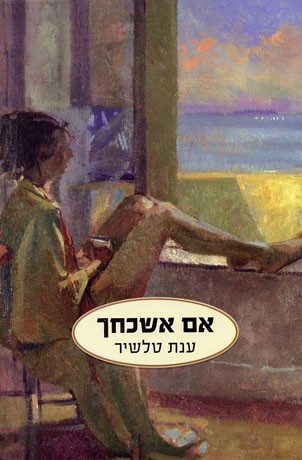 Talshir, Anat "About the Night" aka "If I Forget Thee" (Hebrew: אם אשכך ירושלים/Im Eshkahekh) - 2010

A beautiful story about a love that overcomes all obstacles, even though a lot of problems do occur anyway. This book doesn't just tell the love story of Lila and Elias, it also tells the story of Israel, of the Jewish and Palestinian inhabitants of this country's difficult history. I have read a lot of books about this particular part of the world and I always find it fascinating but this was really personal.

Of course, with a background like this, it can only be a sad love story but it is beautiful nonetheless.

A very important part in their lives is played by Nomi, a young neighbour girl who represents the new generation. We also learn a lot about life in Israel today.

Anat Talshir is a journalist who has received several awards for her investigative documentaries. This is her first novel and I hope she will write more because I would love to read more from her.

In Jerusalem, in the final days of the British Mandate for Palestine, a man and a woman meet on a grandstand overlooking a parade marking the anniversary of the inauguration of King George VI. Lila Cassuto, a young Jewish woman from an impoverished family, and Elias Riani, an Arab tea merchant with a distinguished pedigree, begin a love affair. But soon war breaks out and Lila and Elias find themselves on opposite sides of a divided city that will be reunited only nineteen years later. Can their love survive the painful and turbulent years of separation and change?

The only party to the secret of their great love is Nomi, the young daughter of Lila’s friend Margo. Nomi walks through life unnoticed but noticing everyone and everything around her, and she becomes the repository for the lovers’ letters of longing, and the person to whom Elias turns with his life’s final request.

IF I FORGET THEE is an impeccably written love story set against the bitter conflict over Jerusalem. With its vivid historical context, this poignant novel resonates long after the last page."
Posted by Marianne at 20:40