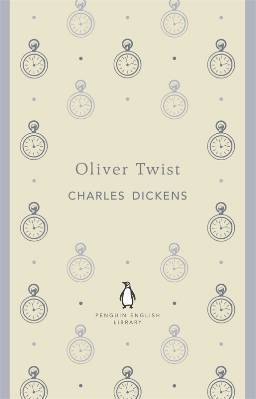 One of the many classics by Charles Dickens I haven't read, yet.

Charles Dickens certainly is one of the best classic authors you can think of. His love of detail, his way of telling you every single event, describing every person, makes his era come alive.

I think most people have seen the movie "Oliver" which is a good musical. However, the book - as usual - is so much better, the characters are more lively, the scenes ring more true.

This is certainly one of his best novels - although, I haven't found one, yet, that I didn't love.

From the back cover:
"Dark, mysterious and mordantly funny, Oliver Twist features some of the most memorably drawn villains in all of fiction - the treacherous gangmaster Fagin, the menacing thug Bill Sikes, the Artful Dodger and their den of thieves in the grimy London backstreets. Dicken's novel is both an angry indictment of poverty, and an adventure filled with an air of threat and pervasive evil.

The Penguin English Library - 100 editions of the best fiction in English, from the eighteenth century and the very first novels to the beginning of the First World War."
Posted by Marianne at 16:10