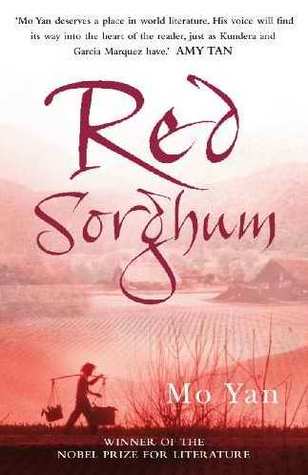 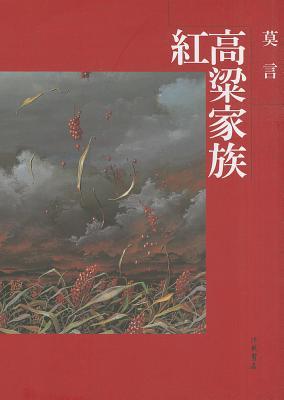 Every year I am eagerly awaiting the announcement of the Nobel Prize winner for Literature. I have found the most brilliant writers among them and always choose to read one of their novels. I haven't been disappointed so far and this year was no exception.

I hadn't heard of Chinese author Mo Yan before and was surprised to hear that he was the Chinese answer to Franz Kafka or Joseph Heller.

The story takes place during the second Sino-Japanese war between 1937 and 1945, so approximately the same time the whole world was at war. The narrator tells the story of his ancestors, mainly that of his father, who was a teenager at the time, and his grandfather and grandmother. As in most war stories, there is a lot of brutality in the book, the author has a very picturesque way of describing the atrocities committed by both parties. But he doesn't just talk about the war, we also get to know the way people used to live in the eastern part of China at the time.

Red Sorghum, the title of the book, means so much for the Chinese, it is not just food, it represents their country.

I thoroughly enjoyed reading this book. The writing style is at times a little confusing but very interesting to read, he paints the world in his own words. I have always been very interested in China, starting with the books of another Nobel Prize winner who wrote a lot about China, Pearl S. Buck. Mo Yan tells reports from another perspective, and from another era. Definitely worth the read.

Mo Yan "who with hallucinatory realism merges folk tales, history and the contemporary" received the Nobel Prize for Literature in 2012.

"Spanning three generations, this novel of family and myth is told through a series of flashbacks that depict events of staggering horror set against a landscape of gemlike beauty as the Chinese battle both the Japanese invaders and each other in the turbulent 1930s.

As the novel opens, a group of villagers, led by Commander Yu, the narrator's grandfather, prepare to attack the advancing Japanese. Yu sends his 14-year-old son back home to get food for his men; but as Yu's wife returns through the sorghum fields with the food, the Japanese start firing and she is killed.

Her death becomes the thread that links the past to the present and the narrator moves back and forth recording the war's progress, the fighting between the Chinese warlords and his family's history."

I contribute to this page: Read the Nobels and you can find all my blogs about Nobel Prize winning authors and their books here.
Posted by Marianne at 19:37