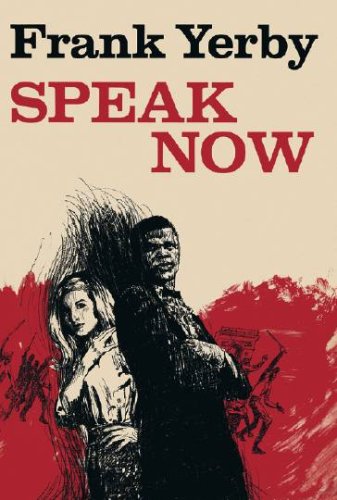 I found Frank Yerby by chance in the mid seventies in my local library. Apparently, he was the first African-American writer who became a millionaire through his books. I think he deserved it. After reading "Griffin's Way" and being interested in the history of the Southern part of the United States, I started this one.

It is quite different from "Griffin's Way" as it doesn't even take place in the US, it's a love between a white woman and a black musician in Paris. Even though the racism prevalent in their home country is still very much the topic, this is also just a beautiful love story.

"To Kathy, he was a knight in shining armor. She was a Southern belle ... and pregnant. To Harry Forbes, Paris was a place where he could earn good money as a jazz musician and a place to forget that he was a black man ... and there was no room in his life for a white girl like Kathy Nichols. She was too young and too much the daughter of a wealthy Southern tobacco planter. Harry was not interested in giving his name to another man's child ... nor was he interested in marrying this white woman that he dared not love."
Posted by Marianne at 16:02