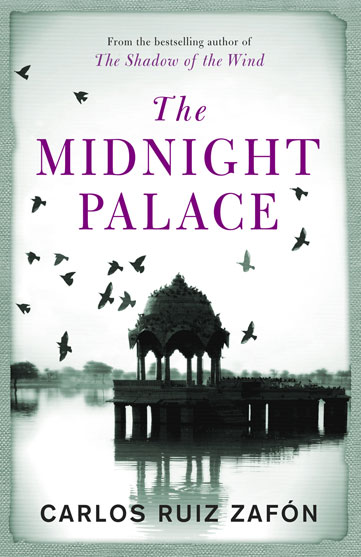 Another youth book by Carlos Ruiz Zafón that also deserves being read by adults.

After having read quite a few books by this author about his beloved home city Barcelona, I was surprised to find that this story takes place in India. However, once I started reading, I think I understood why he chose this place. A lot of the story would not have been as plausible in Europe. Not that the story itself was plausible but the real life story was more credible in India than in Spain.

Anyway, as usual, Carlos Ruiz Zafón wrote a wonderful story which kept me in suspension for the whole duration of the book. It reminded me more of a fairy tale than fantasy, maybe that's why I like his writing even though I am not a fan of fantasy in itself. He keeps more in line with the South American writers and their magic realism even though this is time he is quite stretching it.

The beauty of this story is not just the tale itself, no it's the characters, eight young people who are the best of friends, each one of them a hero or heroine in itself, some adults who are also very "good". Lots of twists add to the suspension and if you start reading this book, you might not want to put it down before you have finished it.

Don't tell me I haven't warned you.

"1916, Calcutta. A man pauses for breath outside the ruins of Jheeter's Gate station knowing he has only hours to live. Pursued by assassins, he must ensure the safety of two newborn twins, before disappearing into the night to meet his fate.

1932. Ben and his friends are due to leave the orphanage which has been their home for sixteen years. Tonight will be the final meeting of their secret club, in the old ruin they christened The Midnight Palace. Then Ben discovers he has a sister - and together they learn the tragic story of their past, as a shadowy figures lures them to a terrifying showdown in the ruins of Jheeter's Gate station."

Read about his other books here.
Posted by Marianne at 16:38