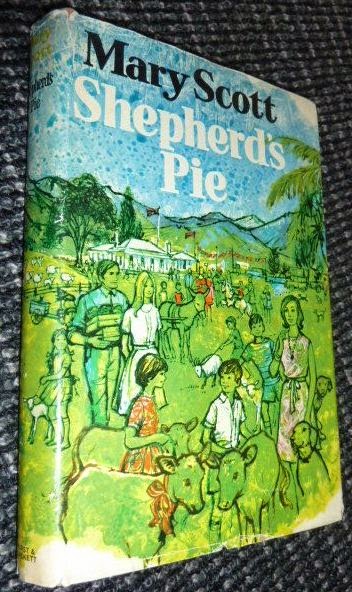 Susan and Larry are back. Remember the two farmers' wives from New Zealand? Susan's niece Tony is surrounded by young men who like to flirt with her. But is one of her the right one? Susan has her doubts and her own plans.

As all the previous novels from this series, this is a refreshingly funny and nice novel. It does talk about the problems the characters encounter but overall is a feel good read.

If you like the Susan and Larry series, this is a lovely follow-up of their lives and that of their loved ones.

Unfortunately, they are out of print and only available second hand. I have heard in the meantime, that you can buy some of them as ebooks.

From the back cover (translated): "An engagement with small mistakes ...
Susan gets a third child in addition to Christopher, ten years, and his younger sister Patience - Tony, her husband's nineteen year old niece. And Susan's foster daughter, who at first seemed to suffer greatly from the divorce of her parents, blooms in her new home soon enough - she is both beautiful as well as happy.
Of course, Susan's love for Tony increases daily. She is worried because Tony's many admirers. She fears that Tony might select the wrong guy. However, there would be the right one at her fingertips - Peter Anstruther, who runs a small farm, a well balanced and serious man of thirty.
But of course, things go (initially) differently from what Susan thinks ..."

More books by Mary Scott: here.
Posted by Marianne at 13:36