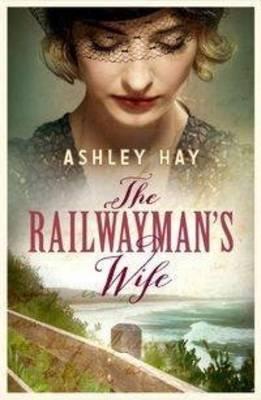 I chose this book mainly because it was about Australia and I thought it would be nice to read one about another time than just the beginnings. It's a nice book, an interesting story but that's about it. It's an easy read which leads to the result that there is not that much depth in the novel.

Maybe if the author had given a little more thought on the feelings of the people and described them better. Or hadn't wrapped up the story so quickly. It's almost as if someone dies unexpectedly, the story just ends.

Not a bad book as such but not my type.

From the back cover: "In a small town on the land's edge, in the strange space at a war's end, a widow, a poet and a doctor each try to find their own peace, and their own new story.

In Thirroul, in 1948, people chase their dreams through the books in the railway's library. Anikka Lachlan searches for solace after her life is destroyed by a single random act. Roy McKinnon, who found poetry in the mess of war, has lost his words and his hope. Frank McKinnon is trapped by the guilt of those his treatment and care failed on their first day of freedom. All three struggle with the same question: how now to be alive.

Written in clear, shining prose and with an eloquent understanding of the human heart, The Railwayman's Wife explores the power of beginnings and endings, and how hard it can be sometimes to tell them apart. It's a story of life, loss and what comes after; of connection and separation, longing and acceptance. Most of all, it celebrates love in all its forms, and the beauty of discovering that loving someone can be as extraordinary as being loved yourself.

A story that will break your heart with hope."

There is one part of the book that I do love. Anikka Lachlan, the "Railwayman's Wife" starts working in the library and their daughter loves reading, so they talk a lot about books. Some of them are mentioned: