Kerkeling, Hape "I'm off then" 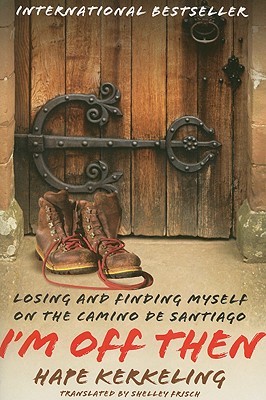 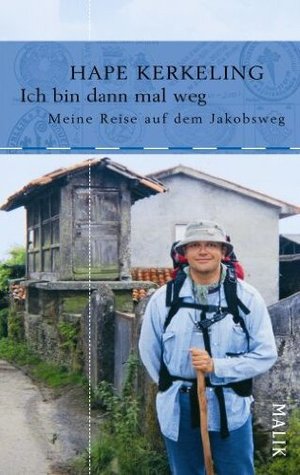 I am Catholic. But I would have never even thought about doing a pilgrimage and certainly not one like this one, described by a German comedian. Yes, true, a comedian who makes the Camino de Santiago. And not just the last 100 kilometres but the whole way from the French border, 800 kilometres entirely.

Why did I pick up this book? It is a very popular book in Germany and a lot of people have been talking about it. But mainly, I love the author, he is one of the funniest guys alive, one of the best German comedians. I know, a lot of my foreign friends will say "German comedian?" Isn't that a contradiction in terms. But believe me, if only you would understand him, you'd laugh just as much as all his fans.

Personally, I know quite a few people who have undertaken the pilgrimage after reading the book, or after seeing other people who had read the book doing it. So, on the whole, he did a great job, is probably one of their best promoters.

But even if you're not Catholic or German, this is a fantastic book. It tells us about what we can achieve. I know I would never be able to achieve what Hape (Hans-Peter) Kerkeling did, wouldn't have the time to do it all in one go, for example, but he gives us hope, he describes a fantastic journey through a very interesting part of our continent, tells us about friendships he made along the way and how he had to fight with a big enemy - himself. And since the book has been translated into several languages in the meantime, there is no reason why you shouldn't start it. (I just hope the translations are good.) I will certainly look out for more books by one of my favourite comedians.

"I'm Off Then has sold more than three million copies in Germany and has been translated into eleven languages. The number of pilgrims along the Camino has increased by 20 percent since the book was published. Hape Kerkeling's spiritual journey has struck a chord.

Overweight, overworked, and disenchanted, Kerkeling was an unlikely candidate to make the arduous pilgrimage across the Pyrenees to the Spanish shrine of St. James, a 1,200-year-old journey undertaken by nearly 100,000 people every year. But he decided to get off the couch and do it anyway. Lonely and searching for meaning along the way, he began the journal that turned into this utterly frank, engaging book. Filled with unforgettable characters, historic landscapes, and Kerkeling's self-deprecating humour, I'm Off Then is an inspiring travelogue, a publishing phenomenon, and a spiritual journey unlike any other."
Posted by Marianne at 16:16