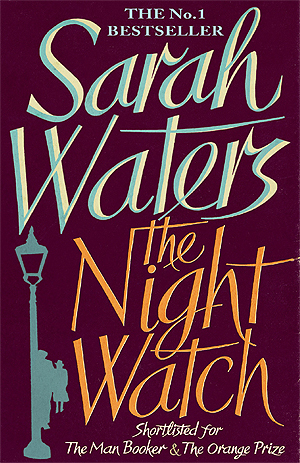 Even though I liked the idea of telling a story backwards, there was always something missing. When the first part ended in 1947, the story goes back to 1944 without a sort of closure. The same thing then happens between 1944 and 1941. I expected some sort of "end" at the end but no, nothing gets said about the future of the protagonists. Yes, there is a story that you would like to have solved, a mystery that seems to involve all the different characters and that gets revealed toward the end but you don't know what happens after, the end of 1947 is really the end of the story of Kay, Helen, Viv, and Duncan without us really getting to know anything that happens to them then. It almost feels as if there is no story, makes it a little boring to read.

So, why did the author choose this kind of set-up? Maybe she wanted it to be more interesting, maybe she wanted to try something new? It didn't work for me. The characters remained faceless, the stories bland. I doubt I will read another book by Sarah Waters that quickly again.

From the back cover: "Tender and tragic, set against the turbulent backdrop of wartime Britain, The Night Watch is the extraordinary story of four Londoners: Kay, who wanders the streets, Helen, who harbours a troubling secret, Viv, glamour girl and Duncan, an apparent innocent, struggling with demons of his own."
Moving back through the 1940s, through air raids, blacked-out streets, illicit partying, and sexual adventure, to end with its beginning in 1941, The Night Watch tells the story of four Londoners - three women and a young man with a past - whose lives, and those of their friends and lovers, connect in tragedy, stunning surprise and exquisite turns, only to change irreversibly in the shadow of a grand historical event."
Posted by Marianne at 10:11