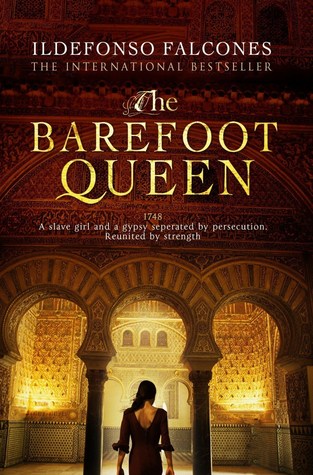 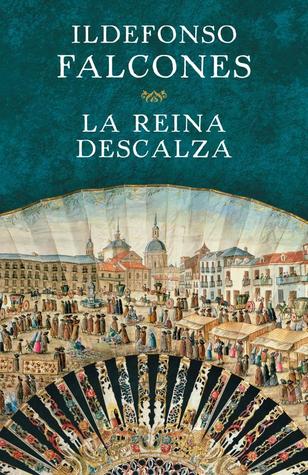 As with his former books "Cathedral of the Sea" and "The Hand of Fatima", Ildefonso Falcones does not disappoint with his newest novel. Whether he talks about Barcelona in the 14th century, Muslims in the 16th century or gypsies in the 18th, he seems to know all the characters personally and introduces us to their lives and struggles. This time, it's the gypsies and their problems in a country where they are not welcome, well, where are they ever? They can't make a living by staying somewhere because they are not allowed to work in many many jobs but they also can't travel. And when the Spanish crown decides to lock them all up in order to conduct the perfect genocide. Well, luckily, there is no perfect genocide, there are always members of a race that are willing to fight until the very end.

Ildefonso Falcones is a great storyteller, he can make you love the characters and feel with them through their dramatic lives. And in addition to that, it's also a fantastic history lesson. We don't just learn about Spain in the 18th century, we also learn about slaves in Cuba, tobacco planting and and working, trading and smuggling. There is so much in this story. Even though Caridad, a former slave, is supposed to be the protagonist, her friend Milagros with her grandfather Melchor and their family are also quite important to the story.

Can't wait until his newest book "Los herederos de la tierra" (2016), the follow-up to "Cathedral of the Sea" is translated.

"A historical epic full of bravery and romance that follows two women as they make a life for themselves in 18th-century Spain.

It's January of 1748. Caridad is a recently freed Cuban slave wondering the streets of Seville. Her master is dead and she has nowhere to go. When her path crosses with Milagros Carmona's-a young, rebellious gypsy-the two women are instantly inseparable. Milagros introduces Caridad to the gypsy community, an exotic fringe society that will soon change her life forever. Over time they each fall in love with men who are fiercely loyal and ready to fight to the death for their rights as a free people. When all gypsies are declared outlaws by royal mandate, life in their community becomes perilous. They soon find themselves in Madrid-a city of passion and dancing, but also a treacherous one full of smugglers and thieves. Caridad and Milagros must help in the gypsy's struggle against society and its laws in order to stay together; it's a dangerous battle that cannot, and will not, be easily won. From the tumultuous bustle of Seville to the theatres of Madrid, The Barefoot Queen is a historical fresco filled with characters that live, love, suffer, and fight for what they believe."
Posted by Marianne at 14:15