Hansen, Dörte "This House is Mine" 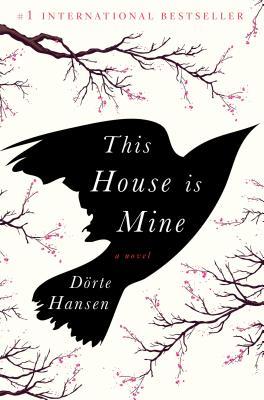 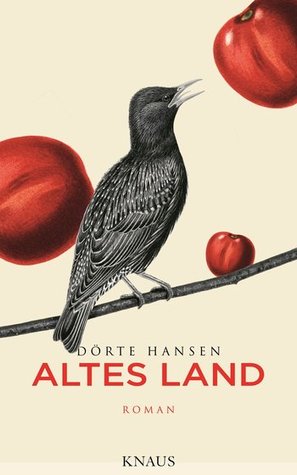 I don't think I would have ever found this book if it hadn't been suggested as a book club read by an American book club member. I had seen it but thought it looked more like a chick lit book and I had plenty of books on my TBR pile already.

Anyway, I read it and loved it. A great description of some women who try to find their way in this world, starting with the mother who has to flee East Prussia after WWII, the daughter who will always be the foreigner in the new part of Germany they start to live in, a granddaughter who tries to find her roots. A lot of women's problems are mentioned in the novel but also the change of the countryside, the German word "Landflucht" (fleeing from the countryside) probably describes it best, the children of farmers who have cultivated their land for generations leave their home and settle in the towns, they don't want to be farmers anymore. Those who stay behind have to fight a lot of battles, those against nature and its harshness but also against laws and newcomers who would love to have everything done a different way, a new way, until they find that sometimes that is just not possible.

I come from an area not too far from the "Altes Land" (the German title, translated: Old Country although that wasn't the original meaning, situated to the southwest of Hamburg) and I grew up speaking the low German in which the old people in the novel talk. Therefore, reading this book, was a little bit like home to me. The English title comes from the inscription on the gable of the old house:
"Dit Huus is mien un doch nich mien, de no mi kummt, nennt't ook noch sien." (This hoose is mine ain and yet no mine ain, he that follows will caw it his.  = This house is mine and yet not mine, whoever follows still calls it his.)
The author is a journalist and this is her first book. I do hope that more will follow because I intend to read them all.

"A bestselling German novel about two women connected by their experiences in and around a special old house.

Told in skillfully-crafted alternating points of view and a non-linear storyline, Hansen's bestselling debut novel showcases her impressive talent for characterization and dialog in an unusual book that combines emotional depth and humor. She immerses the reader in a series of brightly lit or obscure scenes that call for close reading and offer many rewards. The author's sparse language and sometimes oblique references make for a deeply immersive reading experience, and the characters will resonate long after the last page has been turned. Readers of Anthony Doerr and M.L. Stedman will find much to love here.

All her life Vera has felt like a stranger in the old and drafty farmhouse she arrived in as a five-year-old refugee from East Prussia in 1945, and yet she can’t seem to let it go. 60 years later, her niece Anne suddenly shows up at her door with her small son– Anne has fled the trendy Hamburg neighborhood she never fit into when her relationship implodes. Vera and Anne are strangers to each other, but have much more in common than they think. As the two strong-willed and very different women share the great old house, they surprisingly find what they have never searched for: a family."
"This House is Mine" has been chosen favourite book of the year 2015 by the German Indepent Book Shops.
Posted by Marianne at 16:05