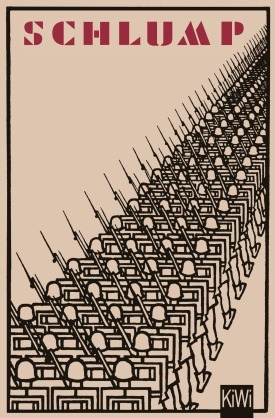 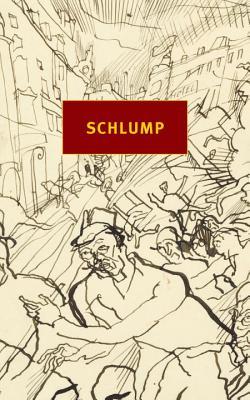 I have never read "All Quiet on the Western Front" * even though it has been on my wishlist forever whereas I never heard about this one. The author writes about the same war as Erich Maria Remarque but he decided to publish his book anonymously under the name "Schlump".

An interesting read, Schlump describes the various faces of war, the different kind of jobs a solider is forced to do, from sitting in an office to fighting in the trenches. We have it all first-hand, from someone who saw it all with his own, very critical eyes. Therefore, it was a good idea he didn't tell anyone his name at the time, he certainly would have ended up in one of Hitler's concentration camps. This way, he survived.

From the back cover:
"Schlump is seventeen, a romantic, a chancer and a dreamer. It's 1914 so naturally he volunteers for war. In France he is assigned an administrative position in a small town and has a marvellous time. But when he gets to the trenches, where death and mindless destruction are the everyday, he starts to understand something about war."