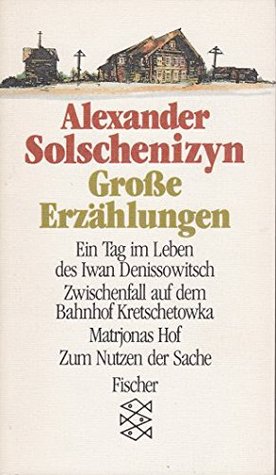 I am not a huge fan of short stories but I always wanted to read something by Solzhenitsyn. So, when I found this book that started with one of his greatest tales, "A Day in the Life of Ivan Denisovich", I thought I'd give it a go.

Since there isn't an English collection of the same stories available, I will just talk about every single part of the book individually, don't worry, there are only four stories. 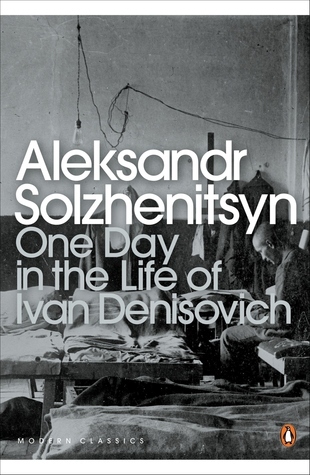 We always hear about the Gulag, the prisoners who sent to Siberia and have to work there etc. But we never really know what is going on there, what the work is like, how the prisoners are kept.

Unless we read about the one day in the life of Ivan Denisovich Shukhov, starting the instant he opens his eyes in the morning until he closes them again in the evening.

And once we read it, we understand why this writer was awared the Nobel Prize for Literature. If he hadn't written anything else, he still would have been one of the greatest authors on earth. While reading this, you are standing next to Ivan, you suffer with him, you follow him. And he seems to be a born survivor, one who can deal with a lot of things, can get that extra ration of terrible soup they all yearn for.

This is a very moving novel by someone who experienced the Gulag. He spent eight years there and then was exiled for life to Kazakhstan.

Description:
"First published in the Soviet journal Novy Mir in 1962, One Day in the Life of Ivan Denisovich stands as a classic of contemporary literature. The story of labor-camp inmate Ivan Denisovich Shukhov, it graphically describes his struggle to maintain his dignity in the face of communist oppression. An unforgettable portrait of the entire world of Stalin's forced work camps, One Day in the Life of Ivan Denisovich is one of the most extraordinary literary documents to have emerged from the Soviet Union and confirms Solzhenitsyn's stature as "a literary genius whose talent matches that of Dostoevsky, Turgenev, Tolstoy" - Harrison Salisbury" 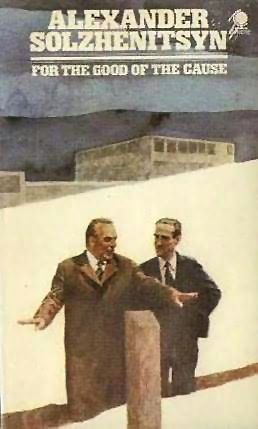 Another great story about the downsides of the Soviet Union. A story of bureaucrats who are overdoing it. Who don't look for the benefit of the people, just for their own benefit.

This is only a short novella with less than a hundred pages and I do n't want to give too much away but the language is just as brilliant as in "One Day in the Life of Ivan Denisovich" and the people are described just as well.

Description:
"In For the Good of the Cause, Solzhenitsyn presents a remarkable cross-section of Soviet life. He runs the whole gamut, from ordinary students, workers, and teachers to the omnipotent officials in Moscow, terrifying in their faceless, Kafkaesque anonymity.
Like his world famous novels One Day in the Life of Ivan Denisovich, The First Circle and Cancer Ward, For the Good of the Cause, set in a new provincial school, is a scathing indictment of the victimisation of ordinary, decent people by Soviet careerist bureaucrats. Solzhenitsyn presents the conflicts between right and wrong, between the freedom of the individual and the harshness of the system with absolute sincerity and conviction." 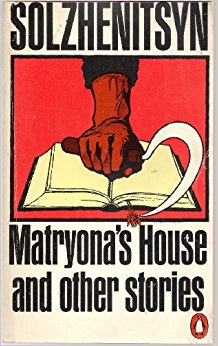 Another great story where we get to know the "little man" or in this case the "little woman" who had to make do with what they were given or allowed to have. This story is based on Solzhenitsyn's own experiences while teaching after leaving the Gulag.

Description:
"In 1956, after leaving behind his ordeal in the gulag, Alexander Solzhenitsyn wanted to get lost in a quiet corner of the USSR, and applied for employment as a mathematics teacher. While looking for accommodations in the town that was sent, saw the hut of Matrona, an elderly widow who lived with a lame cat and a goat for company and decided to stay there.
'Matryona's House' is the tale of an old peasant woman, whose tenacious struggle against cold, hunger, and greedy relatives is described by a young man who only understands her after her death."

Apparently, this story is also based on real life events, an accident that happened during World War II. I can only repeat myself by saying that the author is a great storyteller.

Description:
"In 'An Incident at Krechetovka Station' a Red Army lieutenant is confronted by a disturbing straggler soldier and must decide what to do with him."

I will certainly read more by this fantastic author.

Aleksandr Solzhenitsyn received the Nobel Prize for Literature in 1970 "for the ethical force with which he has pursued the indispensable traditions of Russian literature".