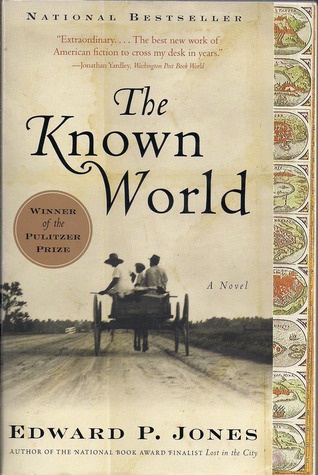 The story about a black farmer and slave owner at the time of the civil war.

One of the few Pulitzer Prize winning books that I didn't enjoy very much. Not because I dislike the subject in general, on the contrary, I believe we need to know about it as much as possible. I have read many books about slaves and slave owners etc. and most of them were highly interesting. But this book is not a novel but it also isn't non-fiction, it is blobs of non-fiction - and nothing new really - thrown together in order to look like a novel.

It reads more like a history book where you have to learn a lot of dates that are not related to each other.

I would certainly not recommend it to anyone who wants an "easy read".

Honestly, I have no idea why this book received the Pulitzer Prize. Maybe a black author was "due" again and so they chose this one. If you want a good and unique book about slavery, read last year's Pulitzer Prize winner, Colson Whitehead. "Underground Railroad" is certainly better. A lot better.

From the back cover:
"In one of the most acclaimed novels in recent memory, Edward P. Jones, two-time National Book Award finalist, tells the story of Henry Townsend, a black farmer and former slave who falls under the tutelage of William Robbins, the most powerful man in Manchester County, Virginia. Making certain he never circumvents the law, Townsend runs his affairs with unusual discipline. But when death takes him unexpectedly, his widow, Caldonia, can't uphold the estate's order and chaos ensues. In a daring and ambitious novel, Jones has woven a footnote of history into an epic that takes an unflinching look at slavery in all of its moral complexities."

Edward P. Jones received the Pulitzer Prize for "The Known World" in 2004.
Posted by Marianne at 10:53