Pamuk, Orhan "A Strangeness in my Mind" 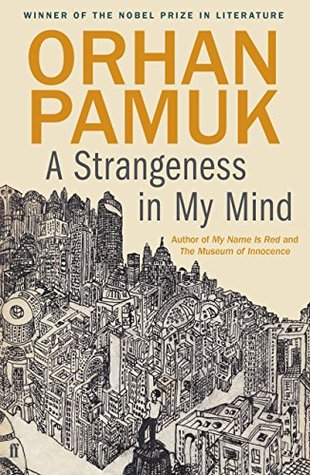 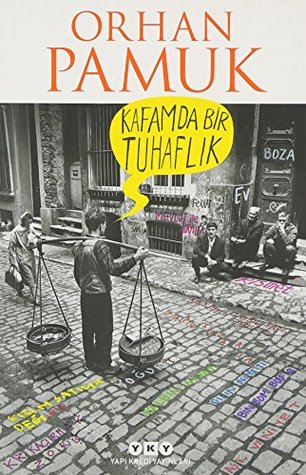 In this novel, he describes the life of a Turkish guy who marries the sister of the girl he has fallen in love with. The characters are about my age which makes it even more interesting, comparing my life with that of similar people in Turkey. You get to know the protagonist and his family and friends very well and you get to like them, no matter what.

What I also like about his books is that he doesn't shy away from talking about political problems in the country. How do poor people move up on the social ladder? They don't. What about women's rights? There hardly are any. How do they treat minorities (like the Kurds)? Not good.

As always, the author's home city Istanbul plays a major part in this novel. You can see in his portrayal that he loves his city but that he also sees the negative parts of it.

A great account of ordinary people, a lovely tale that starts good but grows on you with every page you turn.

From the back cover:
"A Strangeness In My Mind is a novel Orhan Pamuk has worked on for six years. It is the story of boza seller Mevlut, the woman to whom he wrote three years' worth of love letters, and their life in Istanbul.

In the four decades between 1969 and 2012, Mevlut works a number of different jobs on the streets of Istanbul, from selling yoghurt and cooked rice, to guarding a car park. He observes many different kinds of people thronging the streets, he watches most of the city get demolished and re-built, and he sees migrants from Anatolia making a fortune; at the same time, he witnesses all of the transformative moments, political clashes, and military coups that shape the country. He always wonders what it is that separates him from everyone else - the source of that strangeness in his mind. But he never stops selling boza during winter evenings and trying to understand who his beloved really is.

What matters more in love: what we wish for, or what our fate has in store? Do our choices dictate whether we will be happy or not, or are these things determined by forces beyond our control?

A Strangeness In My Mind tries to answer these questions while portraying the tensions between urban life and family life, and the fury and helplessness of women inside their homes."

I contribute to this page: Read the Nobels and you can find all my blogs about Nobel Prize winning authors and their books here.
Posted by Marianne at 10:15