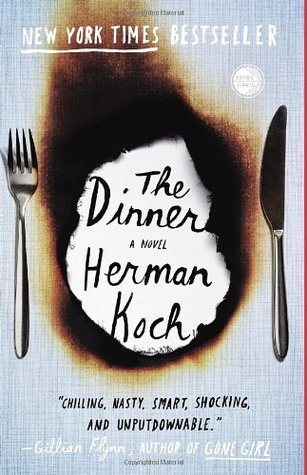 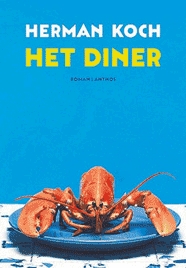 Our latest book club read, a story about two couples going for dinner but everything seems to go wrong.

I enjoyed the description of the waiter, of the whole "star restaurant". I have been to a few restaurants like that myself where you seem to pay for the whole plate and therefore don't get much on it ... but everything is somehow "special". I rather go to a nice little restaurant that still cooks everything from fresh ingredients but also makes sure their customers don't leave their place with a hollow stomach.

I found the characters racist or fascist or whatever you might call people who just dislike someone for having less money than they do, Just the type of people I would not want to call my friends. Whatever happens, I don't want to spoil it for anyone like this, I would not do "anything" for my children out of love, I would like to keep them out of trouble before something happens.

The question is, do we want to live in a society determined by these kind of people?

The book has been made into a movie. I'm not sure whether I want to watch it.

We discussed this in our book club in November 2017.

From the back cover:
"A summer's evening in Amsterdam and two couples meet at a fashionable restaurant. Between mouthfuls of food and over the delicate scraping of cutlery, the conversation remains a gentle hum of politeness - the banality of work, the triviality of holidays.

But the empty words hide a terrible conflict and, with every forced smile and every new course, the knives are being sharpened... Each couple has a fifteen-year-old son. Together, the boys have committed a horrifying act, caught on camera, and their grainy images have been beamed into living rooms across the nation; despite a police manhunt, the boys remain unidentified - by everyone except their parents.

As the dinner reaches its culinary climax, the conversation finally touches on their children and, as civility and friendship disintegrate, each couple shows just how far they are prepared to go to protect those they love."
Posted by Marianne at 14:09