Waltari, Mika "The Secret of the Kingdom" 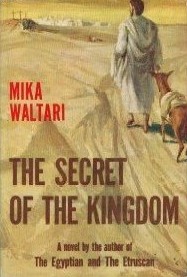 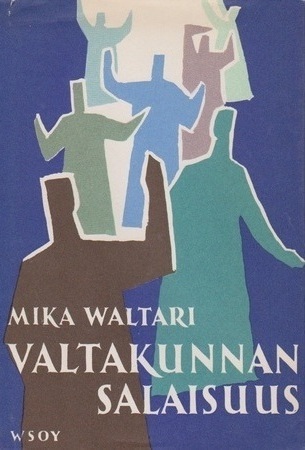 This is my third book by Finnish author Mika Waltari, I read all of them in a book club, always suggested by a Finnish member as one of their most important authors.

And it's true, Mika Waltari has some important thoughts to convey, whether it's about religion, philosophy or life itself. You notice this guy knows what he is talking about.

In this book, he describes the life of a Roman citizen who witnesses Jesus' crucifixion and then gets drawn into his circle, meets the apostles and other friends whose lives have been affected by Jesus of Nazareth. He has a great way of describing the story, makes you believe you've been there yourself. Definitely makes you believe that this could be how it was.

Certainly, a great book if you want to explore your faith but also if you just want to delve into the history of Christianity from the outside. This is a very detailed and descriptive story about the passion and its aftermath, starting at Easter, finishing on Pentecost.

I'm not surprised I liked this book because I also liked the other ones I read (The Egyptian, The Dark Angel). A great author.

"Against a background of the strife-torn land of Judea two thousand years ago, Mika Waltari has written what is certainly his most important novel.

Seeking the meaning to his life in the study of philosophy, the young Roman. Marcus Manilianus, discovers in an Alexandrian library a vast number of predictions, all tending to confirm his own feeling that the world is about to enter upon a new era. Two chance encounters with Jews who proclaim the coming of a world leader whom they call the Messiah or King, cause Marcus to resolve to make a visit to the Holy City of the Jews. He arrives outside Jerusalem in time to see crowds - some curious, some shocked - staring up at three crosses on a nearby mound. Above the center cross, an inscription had been fixed: JESUS OF NAZARETH, KING OF THE JEWS.

The quest that ensues leads Marcus through all parts of Jerusalem and into contact with men and women of all stations of life who had known this remarkable man. And by degrees, wonderful if strange things are revealed to him of Jesus’ teaching, and he experiences the odd sensation of almost believing in the destiny of this crucified Roman among the alien Jews, Stands alone on the borderline of two worlds, feelings he belongs to neither, and it becomes vital to him to find 'the way, the Kingdom,' to again knowledge and certainty, not merely belief.

What follows, as Marcus pursues his search for the promised secret of the Kingdom, bring to a climax as exciting and deeply moving a novel as Mika Waltari, certainly one of the world’s outstanding historical novelists, has ever written. It is a story of a time long past, yet it deals with a theme as modern as today: the dilemma of modern man and his culture in gaining and retaining a faith. And always present throughout the novel is the splendor, the irony and humor which have so delighted millions of readers of other Waltari novels from The Egyptian to The Etruscan."

We discussed this book in our international book club in March 2020.
Posted by Marianne at 12:12