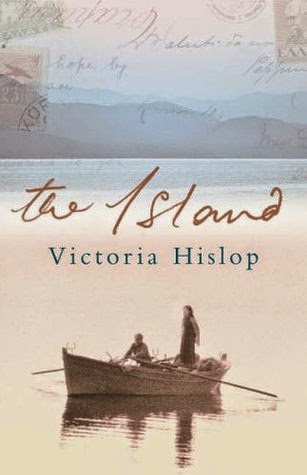 An interesting book about a wonderful part of this world with a harrowing past. When I visited Crete, we also took a boat to the unoccupied island of Spinalonga. We were able to walk across it while listening to the story of this beautiful little piece of land. The most exciting part: it was used as a leper colony from 1903 to 1957. People who were banned there wouldn't return into normal life until a cure was found.

This book reflects on the lives of the people on this island, how they got there, how their everyday life was, how life was for those left behind, how the people in the little village just opposite the island were. The author managed to illustrate all this through a family who was involved in the whole history. There are some strong characters in this devastating family saga.

"The Petrakis family lives in the small Greek seaside village of Plaka. Just off the coast is the tiny island of Spinalonga, where the nation's leper colony once was located - a place that has haunted four generations of Petrakis women. There's Eleni, ripped from her husband and two young daughters and sent to Spinalonga in 1939, and her daughters Maria, finding joy in the everyday as she dutifully cares for her father, and Anna, a wild child hungry for passion and a life anywhere but Plaka. And finally there's Alexis, Eleni's great-granddaughter, visiting modern-day Greece to unlock her family's past.

A richly enchanting novel of lives and loves unfolding against the backdrop of the Mediterranean during World War II, The Island is an enthralling story of dreams and desires, of secrets desperately hidden, and of leprosy's touch on an unforgettable family."

I also read "The Return", "The Thread" and "The Last Dance and Other Stories" in the meantime and they were just as great.

Victoria Hislop has written a sequel in the meantime, "One August Night", if you enjoyed this one, I highly recommend you read that, as well.

See more comments on my ThrowbackThursday post in 2022.
Find the other Victoria Hislop books I read here.
Posted by Marianne at 23:44