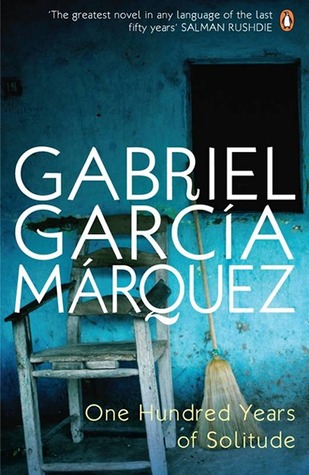 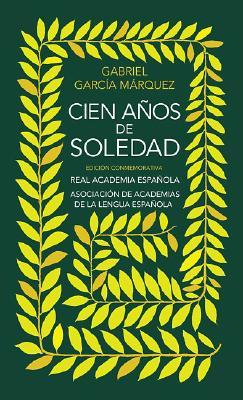 My first book by Gabriel García Márquez. Not my last. A saga of a family, one of those fantastic South American magic realism novels.

Seven generations are described in this tale, starting when the first member immigrates to Colombia, spanning almost a century of South American history during the colonial years. A lot of symbolism is used which makes this book even more interesting.

I have re-read this in the meantime. It was just as fantastic as the first time around. This author amazes me every time.

This was discussed in our international online book club in September 2018.

"One of the 20th century's enduring works, 'One Hundred Years of Solitude' is a widely beloved and acclaimed novel known throughout the world, and the ultimate achievement in a Nobel Prize- winning career. The novel tells the story of the rise and fall of the mythical town of Macondo through the history of the Buendi a family. It is a rich and brilliant chronicle of life and death, and the tragicomedy of humankind. In the noble, ridiculous, beautiful, and tawdry story of the Buendi a family, one sees all of humanity, just as in the history, myths, growth, and decay of Macondo, one sees all of Latin America.

Love and lust, war and revolution, riches and poverty, youth and senility - the variety of life, the endlessness of death, the search for peace and truth - these universal themes dominate the novel. Whether he is describing an affair of passion or the voracity of capitalism and the corruption of government, Gabriel Garcia Marquez always writes with the simplicity, ease, and purity that are the mark of a master.

Alternately reverential and comical, 'One Hundred Years of Solitude' weaves the political, personal, and spiritual to bring a new consciousness to storytelling. Translated into dozens of languages, this stunning work is no less than an accounting of the history of the human race."

I also read "Love in the Time of Cholera" (with my book club) and loved it.

I contribute to this page: Read the Nobels and you can find all my blogs about Nobel Prize winning authors and their books here.
Posted by Marianne at 20:13