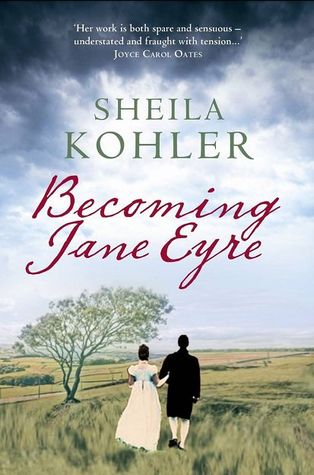 An interesting novel based on the life of  Charlotte Brontë, especially while writing "Jane Eyre". The author transports us back into the time the book was written and shows how it grows with  Charlotte Brontë's experiences. But Sheila Kohler also addresses the problems of her sisters and the whole family.

As always when I read novels about this period, I am made aware of the chances women had it that society. None. And that must have been especially hard for intelligent women. This still is one of my favourite period and place of literature, England in the 19th century, there is something to it, despite all the negative sides it has.

Anyway, the novel was well written, obviously well researched. I hadn't come across the name of the author before, only found it because of the title, especially when I was sure it is NOT one of those dreadful "sequels" that people write hundreds of years later.

From the back cover:
"The year is 1846. In a cold parsonage on the gloomy Yorkshire moors, a family seems cursed with disaster. A mother and two children dead. A father sick, without fortune, and hardened by the loss of his two most beloved family members. A son destroyed by alcohol and opiates. And three strong, intelligent young women, reduced to poverty and spinsterhood, with nothing to save them from their fate. Nothing, that is, except their remarkable literary talent. So unfolds the story of the Brontë sisters. At its centre are Charlotte and the writing of Jane Eyre. Delicately unraveling the connections between one of fiction's most indelible heroines and the remarkable woman who created her, Sheila Kohler's Becoming Jane Eyre will appeal to fans of historical fiction and, of course, the millions of readers who adore Jane Eyre."

There is a very good "prequel" to "Jane Eyre", though: Rhys, Jean “Wide Sargasso Sea”
Posted by Marianne at 15:43