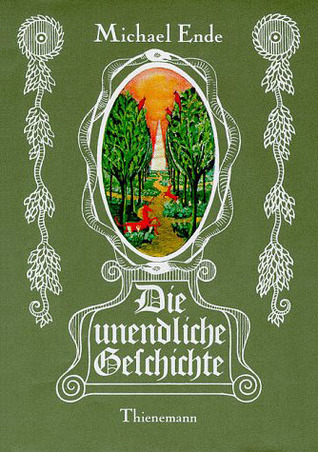 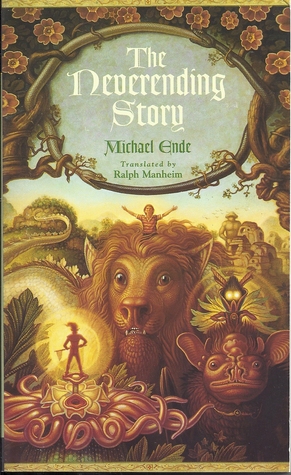 I think this is the only fantasy story I ever liked. Mind you, I think it is more a fairy tale and those remind me of my childhood.

I read this book when it just came out - in the original German version, of course, quite a while before I read English books for pleasure.

Bastian Balthasar Bux, a lonely boy,  we would probably call him a nerd nowadays, reads a book about Phantásien (Fantastica in the translation, what a weird word) and the problems they have there because the children stopped believing in fairy tales.

This book was written way before Harry Potter but I think at the time it was quite true, children didn't read fairy tales any more, and adults certainly didn't either. So, Michael Ende can be seen a little bit as a pioneer for fantasy books.

I especially loved about the book that it was written in two different colours, red for Phantásien, blue-green for the human world. The writing is so beautiful, it would be worth reading the book just because of that if the story wasn't so gripping and interesting. Wonderful book.

They also made a film but it was so horrible that the author retracted his name from that project.

"Bastian Balthazar Bux is shy, awkward, and certainly not heroic. His only escape is reading books. When Bastian happens upon an old book called The Neverending Story, he's swept into the magical world of Fantastica - so much that he finds he has actually become a character in the story! And when he realizes that this mysteriously enchanted world is in great danger, he also discovers that he has been the one chosen to save it. Can Bastian overcome the barrier between reality and his imagination in order to save Fantastica?"

We discussed this in our international online book club in October 2019.
Posted by Marianne at 16:48