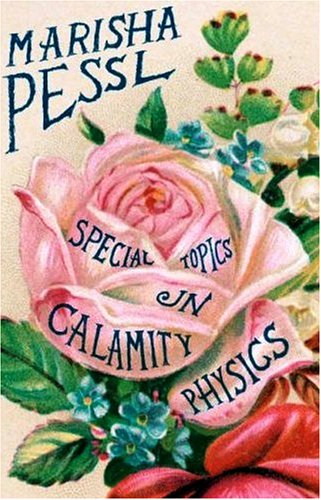 A modern book about teenagers. Granted, not the usual ones but there is a lot of usual stuff going on, the problems of growing up, of being in between childhood and adulthood, of not belonging anywhere, of trying to find a place in this world.

The teenager Blue moves constantly with her father, a college teacher, she finds a group of friends and a teacher who really cares about her. But somehow things still go wrong. A gripping tale about an extraordinary girl.

"Special Topics in Calamity Physics is a darkly hilarious coming-of-age novel and a richly plotted suspense tale told through the distinctive voice of its heroine, Blue van Meer. After a childhood moving from one academic outpost to another with her father (a man prone to aphorisms and meteoric affairs), Blue is clever, deadpan, and possessed of a vast lexicon of literary, political, philosophical, and scientific knowledge - and is quite the cineaste to boot. In her final year of high school at the elite (and unusual) St. Gallway School in Stockton, North Carolina, Blue falls in with a charismatic group of friends and their captivating teacher, Hannah Schneider. But when the drowning of one of Hannah's friends and the shocking death of Hannah herself lead to a confluence of mysteries, Blue is left to make sense of it all with only her gimlet-eyed instincts and cultural references to guide - or misguide - her."
Posted by Marianne at 20:20