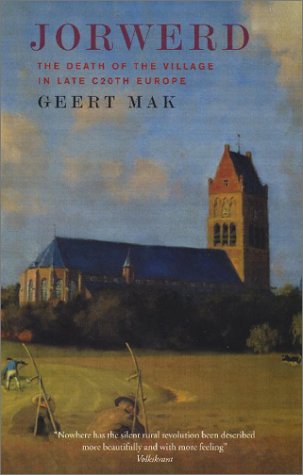 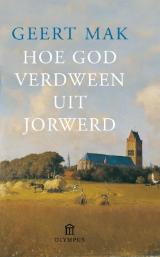 The original Dutch title is (translated) "How God disappeared from Jorwerd". The story is about a small village in Friesland and the changes it underwent in the first half of the 20th century, changing from farming to a commuting place, the influence of modern technology on a people that had lived off the land for centuries. But it is not just the story of Jorwerd, overall in Europe, the countryside changed. This little place with a population of just 700 became even smaller through the "Silent Revolution". After  more industrialization and mechanization of the farming, only about half of those people still live there, and they are getting older and older.

Geert Mak lived in the village for half a year to explore all the history and the changes. One remark I will never forget, life in a village in the Netherlands was closer to life in a village in Russia than to life in a town in the Netherlands. I think this was true overall, especially when comparing this book to that of Russian authors. "Anna Karenina" comes to mind where village and town life are described very well.

A very interesting book showing us what development and improvement has done to our lives. And the title, the more the people can rely on help from outside, the less they depend on changes of weather, etc., the fewer of them go to church and the believers attending the services are getting less and less.

This book is very interesting, no matter from which country you come, it’s a great account of the lives our grandparents still lived.

Geert Mak has carried on writing about the life of ordinary people in Europe. "My father’s century" and "In Europe. Travels through the twentieth century", both are on my reading list.

I read this in the original Dutch.

"Born in Friesland himself, Geert Mak has returned to his roots to explore the silent revolution that took place in the small village of Jorwerd, Friesland, after World War II. He lived in Jorwerd for six months, gathering the personal stories of Jorwerters past and present, many of whom were born, lived and died there. By interweaving their colourful stories with the wider history of Europe, Mak provides an unsentimental portrayal of the pleasures and the hardships of living in the country, while illustrating at the same time how rural life everywhere is under threat from the modern world."
Posted by Marianne at 20:10