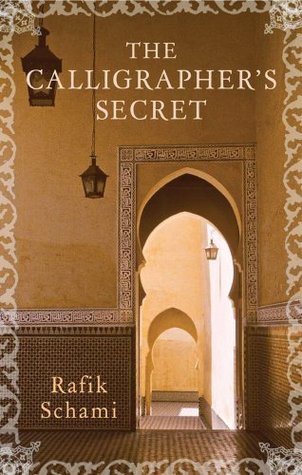 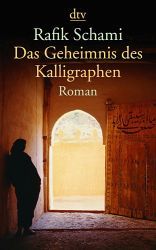 Our latest novel was written by the Syrian author Rafik Schami who moved to Germany when he was 25 and started writing in German a couple of years later. His original name is Suhail Fāḍil, his pseudonym means "Friend of Damascus" or "he who comes from Damascus".

Some of us had been reading the book in the original German, others in the translation into English. We think that might have influenced our attitude towards the book.

I loved it. There is a lot of history of calligraphy and that was highly interesting. The author liked to build anticipation by giving away a little beforehand which was not my cup of tea at the beginning but it worked out very well. Lots of details, you could vividly imagine the scenes.

However, even though the story was interesting and I loved reading it, the “annex” about the calligraphy and the history is my favourite part. (Unfortunately, this was completely missing in the English version!!!) The discussion whether the Arab language is God’s language and nothing can be added to it, quite a topic.

As to the English version, the German book cover reads: "Die bewegende Geschichte des Damaszener Kalligraphen Hamid Farsi, der den großen Traum einer Reform der arabischen Schrift verwirklichen will und nicht merkt, in welche Gefahr er sich begibt." (in English: "The moving story of the Damascene calligrapher Hamid Farsi, who wants to achieve the great dream of a reform of the Arabic script and does not realize the danger he risks.") However, the English book cover describes: "Even as a young man, Hamid Farsi is acclaimed as a master of the art of calligraphy. But as time goes by, he sees that weaknesses in the Arabic language and its script limit its uses in the modern world. In a secret society, he works out schemes for radical reform, never guessing what risks he is running. His beautiful wife, Noura, is ignorant of the great plans on her husband’s mind. She knows only his cold, avaricious side and so it is no wonder she feels flattered by the attentions of his amusing, lively young apprentice. And so begins a passionate love story of a Muslim woman and a Christian man." Quite a difference, don't you think?

The problem, as so often, may be the translation. While the German readers knew what was coming, the English readers were waiting for the passionate love story of a Muslim woman and a Christian man to start (which was in there but rather a side story).

But even in the English version, you could see the poetry, the beauty of the words. But it seemed more like a travel guide of Damascus, one story piled on top of each other, too many sub plots.

We believe the story to be a metaphor for the impossibility of a traditional Islamic society to live in this world. The author is using calligraphy to show the fundamentalism, to show that this will not work in the 20th century. Another author who does this beautifully is Orhan Pamuk who received the Nobel Prize in Literature in 2006. One of my favourite books by him is "My Name is Red". He has also written a very interesting autobiography which is an ode to his home town, as well: "Istanbul. Memories and the City". We suppose the Turkish have avoided this kind of problem with the language by introducing the Latin spelling.

Some quotes I really liked (I read the original, so had to translate the words myself, might nto be the same as in the book):

„Die Erde ist eine Hölle für Wissende, das Fegefeuer für Halbwissende und das Paradies nur für die Unwissenden.“ (The earth is hell for the knowing, purgatory and paradise for those knowing half  and paradise only for the ignorant.)

We discussed this in our book club in April 2012.

"A new international bestseller from the award-winning author of The Dark Side of Love. Even as a young man, Hamid Farsi is acclaimed as a master of the art of calligraphy. But as time goes by, he sees that weaknesses in the Arabic language and its script limit its uses in the modern world. In a secret society, he works out schemes for radical reform, never guessing what risks he is running. His beautiful wife, Nura, is ignorant of her husbands ambitions, knowing only his cold, avaricious side. So its no wonder she feels flattered by the attentions of his young apprentice. And so begins a passionate love storythe love of a Muslim woman and a Christian man."

I read "Eine deutsche Leidenschafts names Nudelsalat: und andere seltsame Geschichten"  [A German passion called noodle salad: and other strange stories] (not translated into English) and
"Eine Hand voller Sterne" (A Hand Full of Stars) in the meantime and they were both great books.
Posted by Marianne at 16:53