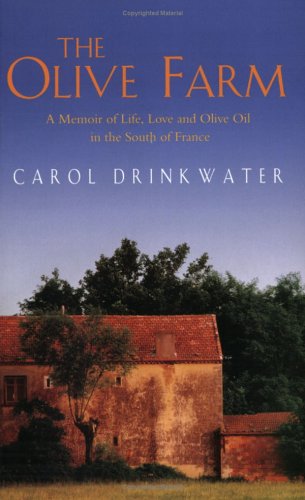 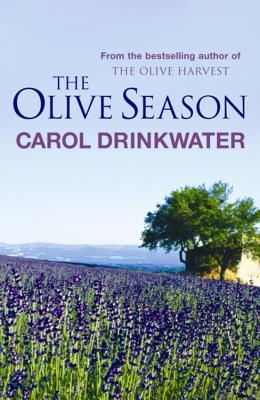 I have only read the first two of the series but I really liked it. I might have happened upon the first one because the author looked familiar. Yes, she is Helen Herriot, James Herriot's wife in the television series "All Creatures Great and Small". She has a busy life as an actress but that did not seem enough. She married Michel, a French TV producer and together they bought an olive farm in the Provence. A lot of North Europeans have done this before and written about it, I particularly liked Chris Stewart's story "Driving over Lemons" but was not so much taken with Helen Stevenson's "Instruction for Vistors" or Frances Mayes' "Under the Tuscan Sun".

This, however, is a beautiful story where Carol Drinkwater talks about her love to her husband and their love to the olive farm, the work such an adventure encounters and the benefits. She has a wonderful way of describing both the landscape and its people as well as the activities going on. I'm not surprised she has published seven books in the series in the meantime. Reading her book seems like a holiday in the South of France. I loved it.

"The first in Carol Drinkwater's bestselling series set on a Provencal olive farm.
'All my life, I have dreamed of acquiring a crumbling, shabby-chic house overlooking the sea. In my mind's eye, I have pictured a corner of paradise where friends can gather to swim, relax, debate, eat fresh fruits picked directly from the garden and great steaming plates of food served from an al fresco kitchen and dished up on to a candlelit table the length of a railway sleeper...'

When Carol Drinkwater and her partner Michel have the opportunity to buy 10 acres of disused olive farm in Provence, the idea seems absurd. After all, they don't have a lot of money, and they've only been together a little while.THE OLIVE FARM is the story of the highs and lows of purchasing the farm and life in Provence: the local customs and cuisine; the threats of fire and adoption of a menagerie of animals; the potential financial ruin and the thrill of harvesting their own olives - especially when they are discovered to produce the finest extra-virgin olive oil..."
Posted by Marianne at 19:13