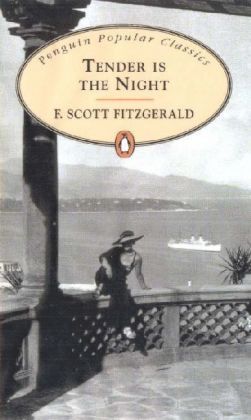 An American in Paris, well, no, several Americans in the South of France, to be exact. Some rich expatriates live the perfect life, only, one of them is schizophrenic and marries her psychiatrist.

You can detect in the story and the way it is told that this is also the writer of "The Great Gatsby".

Apparently, the authors wife was also schizophrenic, and he based this story on his own life. He describes the whole situation very well, very lively, absolutely believable. It seems so true, and, yet, immensely sad.

I have read this book years ago but it still resonates with me. I also really liked the title.

"The French Riviera in the 1920s was discovered by Dick and Nicole Diver who turned it into the playground of the rich and glamorous. Among their circle is Rosemary Hoyt, the beautiful starlet, who falls in love with Dick and is enraptured by Nicole, unaware of the corruption and dark secrets that haunt their marriage."
Posted by Marianne at 13:08