Geti, Monica "The Year of Sunshine" 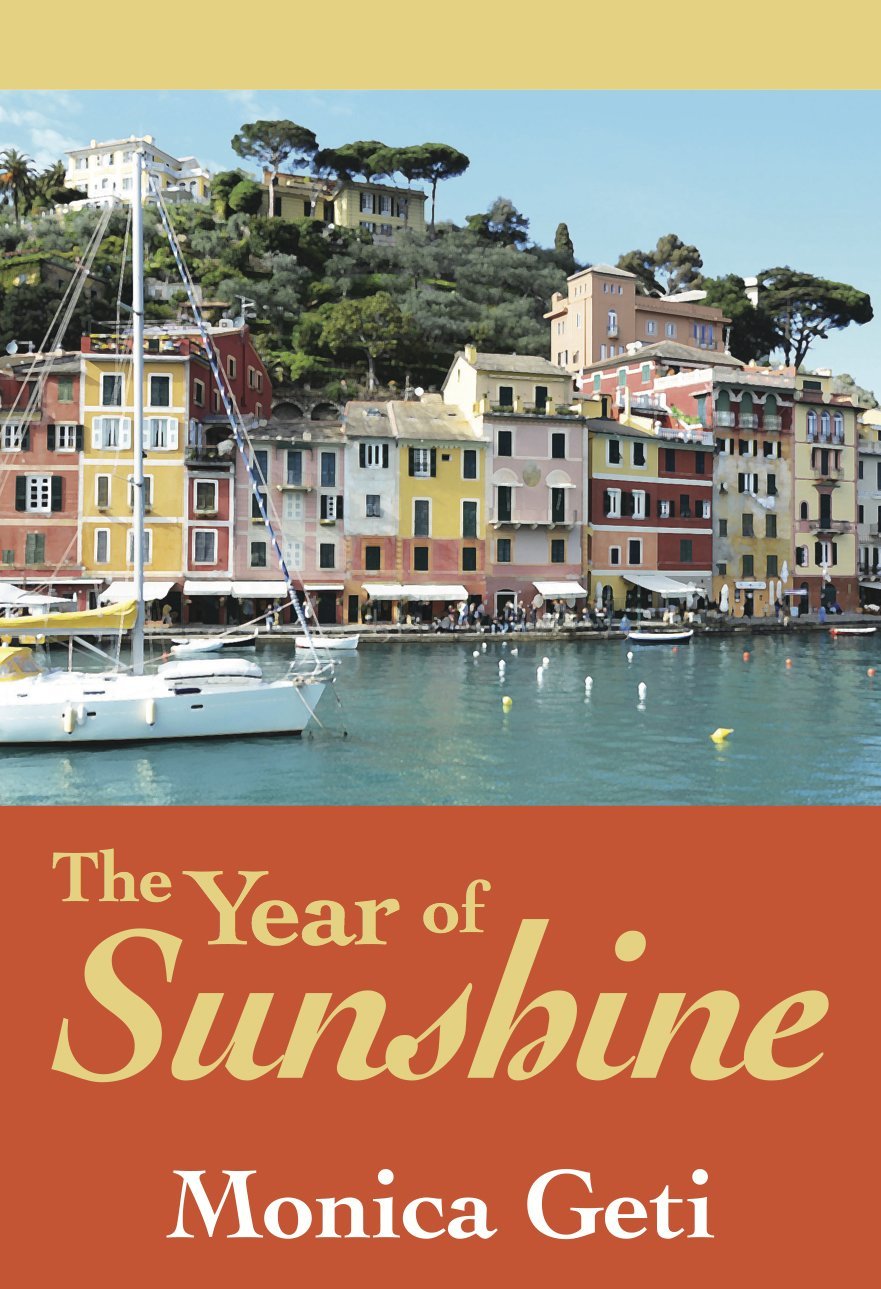 A good friend recommended this book to me. Not because she thought it was beautifully written but because she thought I might relate to the author who followed her husband to fulfill his dream of living on a sailboat. Well, she did it partially, they still spend half a year where she would like to live and the other half where he would like to. A wonderful compromise. If you are able to do it. A lot of women do not have the choice of where and how they live. They follow their husband to one or several locations wherever his job takes him. Their choice is to live with their husband, even if they dislike the place or circumstances, or leave him.

Granted, I would not have liked to spend my whole summer on a sailboat but luckily, neither does my husband. So, there is no danger there in that direction. I also don't think my husband would ever not consider my wishes for such a decision. Marco, the husband, seemed pretty selfish to me. But ... what is it we do or don't do for love?

Anyway, I could understand Monica Geti so well. Having to live on a sailboat and having to help with the steering and all the other jobs on the boat can be quite daunting. I wouldn't have liked that one bit. However, I did like the places she went to. I loved the way she described Port Grimaud, the place she fell in love with as soon as she saw it. I googled it and found some beautiful views. I can understand how much she loved it.

During this summer on the boat that the author describes, the couple also find their love for each other again. It had been lost for a while during their busy lifestyle and I liked that part a lot, too.

I love the way she describes the relationship between the sailors, how they help each other at any time, no questions asked. I always wonder about this, the "little people" seem to get on so well with each other in an international environment, no matter what their background is. Why do we still have wars?

"He wanted to retire and live on a sailboat. She did not. They fought. He won. It was as simple as that. Or was it?

Marco had his fill of business. He yearned to find his lost spirit, to return to the Mediterranean ...
Monica had a different agenda; she had sold her business, she wanted to establish a new consulting career, and to nurture the relationship with her daughters, whose growing-up years she had largely missed. She did not want to go sailing around the Mediterranean! It was a conflict of life-changing proportions, a bitter battle, until, against her better judgement, Monica agreed to accompany Marco on his mission. A long and meaningful relationship was almost torn apart because of opposite needs, a major hurdle in their long life together to be overcome if they were not to end up in separate worlds.

'The Year of Sunshine' is a romantic tale of two people discovering a renewed passion for life and for each other during a sun-drenched summer of terror and sweat, laughter and triumph in the beautiful ports of the Italian and French Rivieras. What started out as a tour of duty for Monica would become a voyage of love and understanding, and a summer that both Marco and Monica would never forget."
Posted by Marianne at 19:56