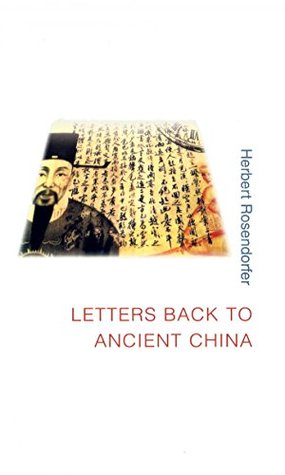 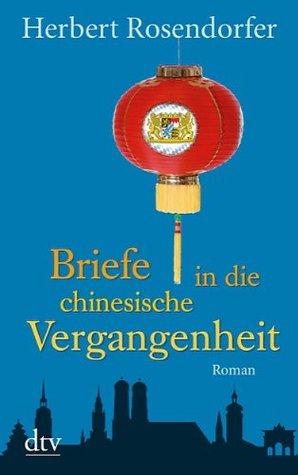 I have always wondered what my grandmother who died in 1981 would say if she came back to earth. Would she wonder why people speak into little black boxes in the middle of the street? And what do all those weird shops sell where you can't really see anything but black or other colourful boxes, either? Why are there no vinyl records? And many other questions.

Well, in this book, we get a glimpse of what would be happening. In this case, it is not a woman from our time thirty years later, it's a man from China who made his way through a time machine, he travelled a thousand years and is more than surprised about everything he sees. He knows no cars, no telephone, no buildings that go over one storey high.

But he doesn't ask himself the question what all the new machines are good for or why they have been invented. He asks the questions what they did to our lifestyle, how people have lost touch with nature and with fundamental necessities. He cannot believe how fast everything goes, how nobody takes time any more for the pleasures in life.

Even though this book is a great philosophical work, it is also quite humorous. Just the transcription of names from German into Chinese is hilarious.

We wouldn't know so much about his experiences and his thoughts if he hadn't written regular letters to a friend left behind in Ancient China who receives his reports about the modern world. He seems to pick up German pretty quickly (a little too quickly but that doesn't matter, it just makes the book so much more enjoyable) and while he picks up the language, he learns more about the country and the people.

Throughout the whole book, his efforts to understand the modern world and to describe them to his friend, generate a lot of laughs. An amusing book with an astonishing amount of depth.

I read this book in the original. Not a lot of German novels get translated into English, I am not surprised this one belongs to that group.

"'Letters Back to Ancient China' combines comedy, fantasy and satire in a moving personal odyssey. Mrs Kei-kung is a thoroughly modern women and she introduces Kao-tai, a 10th century Chinese mandarin marooned in modern day Munich by his time machine, to the joys of modern sex and champagne. However everything else he encounters is not to his taste.

In his letters back to his friend in the 10th century Middle Kingdom, he expresses his horror at the noise, stench and filth of 20th century civilization. For him the invention and conveniences of modern technology are trifles compared with the pollution and lack of order in a society where women (who have mountainous breasts) presume to talk and think like men. Yet he eventually does find some comfort in the mote shang-dong, (champagne) of which he drinks great quantities and in the arms of Mrs Kei-kung.

'Letters Back to Ancient China' is one of the most successful German novels of the last decade with well over a million copies sold."
Posted by Marianne at 18:57