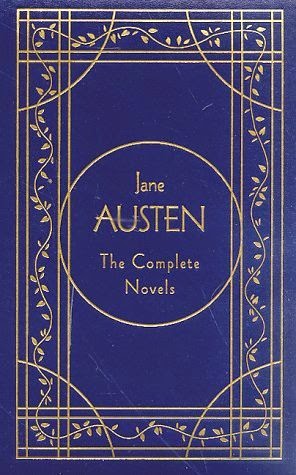 My intention to reread all of Jane Austen's books this year was supported when I came across this blog and joined the challenge to read and discuss Jane Austen's novels with a view of the mothers in the stories.

The first one was one "Pride & Prejudice", this is followed by "Mansfield Park", both novels I have already reviewed earlier.

If you have not read this novel, I refer you to that more general review because this one will contain spoilers.

We have different kind of mothers in this novel, real mothers and women who take the place of mothers. I want to talk a little about every one of them.

Lady Bertram
Lady Bertram is not of this world. If she hadn't married Sir Thomas and had had to share the lot of either one of her sisters, I doubt she would have been around. She is a lovely person who means well but don't expect her do lift a finger for anything.

Maybe Lady Bertram was sick, maybe she was just lazy, I don't think we will ever find out. To her kids, she is a good mother, well, at least her kids see it like that as she lets them do whatever they like. That this is not always the best solution we see in Henrietta.

Mrs. Price
Apparently, Mrs. Price and Lady Bertram are similar. This is almost hard to imagine since they lead such a different life, one married to a drunk with an innumerable number of children (nine at least: Fanny, William, John, Richard, Susan, Sam, Betsey, Tom, Charles), the other one married to a wealthy landowner with a title who doesn't have to do a thing. But, maybe if either one had been thrown into the other's life ... well, I don't know, I still think Lady Bertram might not have managed Mrs. Price's life. Many women didn't, died in childbirth or of "consumption". Not Mrs. Price. She is of sterner stuff.

Mrs. Rushworth
Mrs. Rushworth is one of those mothers who indulge their children, today one would say "spoil". Still, she does not deserve getting a daughter-in-law who only marries her son for his money and then betrays him. However, she gets her revenge as she doesn't help in hiding the fact and can therefore ruin Maria. And I can't really blame her for that.

Mrs. Norris
In my eyes, Mrs. Norris, the third Ward sister (the other two being Lady Bertram and Mrs. Price) is the most negative person in the whole novel. The way she belittles Fanny all the time for living in the Bertram family where she does the same thing. She also married a poor man like her sister, Mrs. Price, but she managed to get her husband to be employed by Sir Bertram and take over a lot of the tasks of Lady Bertram. If the latter had been a little more forwarding, Mrs. Norris would have never been able to take so much advantage of her. But this way, this is exactly what she does.

She surely is a very disagreeable person who isn't really liked by anybody because she always busies herself with other people's affairs. I am glad I never met her.

Mrs. Crawford
Then there is Mrs. Crawford. She died quite a while before we meet the characters of this story but she has an influence on it nevertheless. She is the mother of Mary and Henry Crawford. How big her influence was is difficult to say, we don't know whether she had another choice as guardian for her children than Admiral Crawford who has not done a good job in raising them.

And then, there is yet another lady, though, who is not a mother and who still needs mentioning because she does look after her siblings.

There is another lady, though, who is not a mother and who still needs mentioning because she does look after her siblings.

Mrs. Grant
Mrs. Grant is the elder sister of Mary and Henry Crawford. She seems to have had more influence on Mary than on Henry who was more liked by Admiral Grant. Still, both siblings don't have the right view for the world they live in and because they do have money, they get away with things mere mortals would not. But we cannot really blame Mrs. Grant, it must be hard having to help raise your younger siblings when one is still trying to find one's place in this world.

"Mansfield Park" is not my favourite Jane Austen novel (that would be "Persuasion") but I do like every single one of them. The author has such a great way of describing her world and it makes it easy for us to find our way in the beginning of the 19th century.

From the back cover: "At the age of ten, shy, vulnerable Fanny Price leaves behind her impoverished family in Portsmouth to go and live with her rich relatives at Mansfield Park.
Growing up with her cousins Tom, Edmund, Maria and Julia, she is aware that she is different from them and that her place in society cannot be taken for granted, although she is not treated unkindly. A dashing couple from London, Mary Crawford and her brother Henry, enter this stable, rural world. They succeed in dazzling everyone at Mansfield Park, except for Fanny, who sees through their shallow veneer. Throughout the dramatic events that follow it is she who is able to bring back some stability to the ruptured lives of those around her.
One of the great novels of the nineteenth century, Mansfield Park echoes Jane Austen's fears and awareness of the dawn of a modern age, which was to bring about a complete break from the old country traditions and way of life."