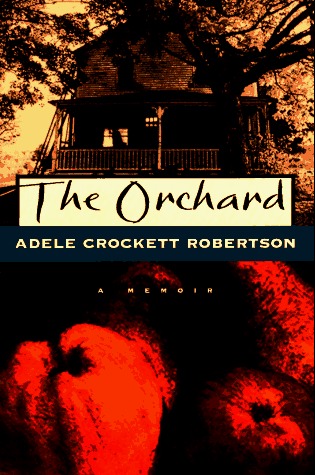 One of the books I discovered in our local library. It sounded interesting, so I picked it up.

What a heartfelt memoir by a woman who was a good and kind person, who wanted the best for everybody. After her father died, she struggled to keep up his apple farm, more or less on her own. What a tough life, quite hard work, even for a man it would have been hard.

After she retired, Adele Crockett Robertson wrote down her story and her daughter saved and published it. I am glad she did. So nice to read about such a wonderful person. She had the same age as my grandmother who also grew up on a farm and I pictured her and her challenges during, between and after the wars. I would have liked to have known her then and this book made it almost possible. So, thanks to Betsy Robertson Cramer, we received a good insight into life at the beginning of the 20th century. And she also showed us that women can do anything.

From the back cover: "An exquisite, poignant memoir of a young woman's spirited struggle to save her New England apple farm in the depths of the Depression. The Orchard, recently discovered by the author's daughter, tells the story of Adele Kitty Robertson - young, unmarried, and unprepared by her Radcliffe education for the rigors of apple farming in those bitter times."
Posted by Marianne at 14:02