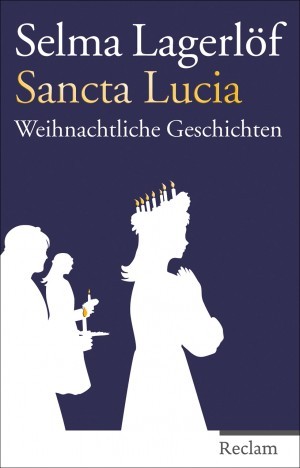 I had never read a story by Selma Lagerlöf, the first woman ever to have received the Nobel Prize for Literature. And since she wrote some Christmas stories, I thought it was about time.

Of course, I had seen the animated series "The Wonderful Adventures of Nils Holgersson" which was made after her book but other than that, I didn't know much about Selma Lagerlöf. Well, that has changed and I will certainly read a novel written by her, maybe "Gösta Berling".

As with other selections of stories, there are certainly collections of Selma Lagerlöf's Christmas stories available in English but probably none of them have exactly the same contents as this German collection I found. These are the stories in this particular one:

The Legend of the Christmas Rose (Swedish: Legenden om julrosorna, 1908) 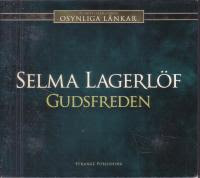 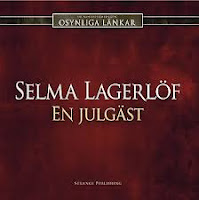 You can even download some of them for free!

In any case, the stories were nice to read, especially around Christmas. They tell us a lot about the life in Sweden about a century ago and that is always worth looking at. Some of the stories are more like a fairy tale whereas others talk about the everyday folk and their lives.

"When I was five years old I had such a great sorrow! I hardly know if I have had a greater since then. It was then that my grandmother died. Up to that time, she used to sit every day on the corner sofa in her room, and tell stories. I remember grandmother told story after story from morning till night, and we children sat beside her, quite still, and listened. It was a glorious life! No other children had such happy times as we did. It isn't much that I recollect about my grandmother. I remember that she had very beautiful snow-white hair, and stooped when she walked, and that she always sat and knitted a stocking. And I even remember that when she had finished a story, she used to lay her hand on my head and say: - All this is as true, as true as that I see you and you see me. - I also remember that she could sing songs, but this she did not do every day. One of the songs was about a knight and a sea-troll, and had this refrain: - It blows cold, cold weather at sea . ."

Selma Ottilia Lovisa Lagerlöf received the Nobel Prize for Literature in 1909 "in appreciation of the lofty idealism, vivid imagination and spiritual perception that characterize her writings".

I contribute to this page: Read the Nobels and you can find all my blogs about Nobel Prize winning authors and their books here.
Posted by Marianne at 12:00