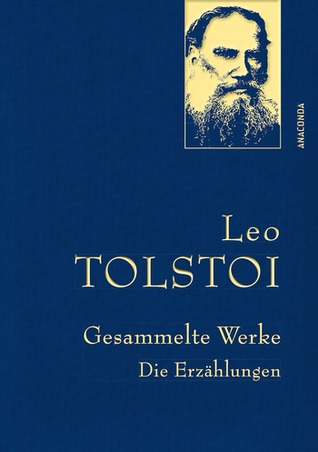 Most collected words are not published in the same way in different countries. Therefore, I give you a list of the stories to be found in this collection. I am sure you can find all the stories elsewhere in English, maybe not in one book, though.

I have read "War and Peace" and "Anna Karenina" by Tolstoy and - same as most of the other Russian authors I have read so far - enjoyed those books very much. I am not the biggest fan of short stories but when I found this book of short stories on almost 1,000 pages in a second hand bookshop, I couldn't resist.

If you read any of those short stories, you can easily see where the author found his ideas for his "big books", a lot about the serfs working the land the nobility and the officials, the soldiers, the Russian Orthodox church, the Muslims in the country. His stories are both political - e.g. in one of them he describes the struggle of the Chechens (that still persist today) - philosophical and sociological. A masterpiece.

I would love to read Childhood, Boyhood, and Youth next, autobiographical novels or maybe Sevastopol Sketches about the Crimean War or The Cossacks in which he describes the relation between the Cossacks and the Russians. We'll see.

In any case, Tolstoy is always worth reading.
Posted by Marianne at 12:03