Ivey, Eowyn "To The Bright Edge of the World" 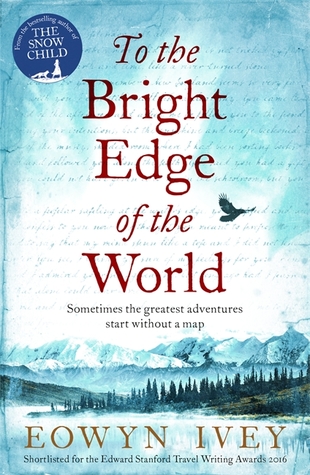 This is certainly one of the favourite books I read this year. I haven't come across many books about Alaska and this one is about the first years after the US bought it from the Russians when they still sent out explorers to find out just about anything about the land.

One of these explorers was the fictional Lieutenant Colonel Allen Forrester. who kept writing back and forth to his wife. They both kept diaries, as well, so we get to know a lot about life in the new state. I found the tales about the native inhabitants and their beliefs especially exciting. Those people led a hard yet highly interesting life.

The writing is very beautiful, the story captivating, the characters come alive, everything seems so real. Great story!

Since I enjoyed this book so much, so I probably should read "Snow Child" by Eowyn Ivey, as well.

From the back cover:
"Set in the Alaskan landscape that she brought to stunningly vivid life in THE SNOW CHILD (a Sunday Times bestseller, Richard and Judy pick and finalist for the Pulitzer Prize), Eowyn Ivey's TO THE BRIGHT EDGE OF THE WORLD is a breathtaking story of discovery set at the end of the nineteenth century, sure to appeal to fans of A PLACE CALLED WINTER.

Winter 1885. Lieutenant Colonel Allen Forrester accepts the mission of a lifetime, to navigate Alaska's Wolverine River. It is a journey that promises to open up a land shrouded in mystery, but there's no telling what awaits Allen and his small band of men.
Allen leaves behind his young wife, Sophie, newly pregnant with the child he had never expected to have. Sophie would have loved nothing more than to carve a path through the wilderness alongside Allen - what she does not anticipate is that their year apart will demand every ounce of courage of her that it does of her husband."