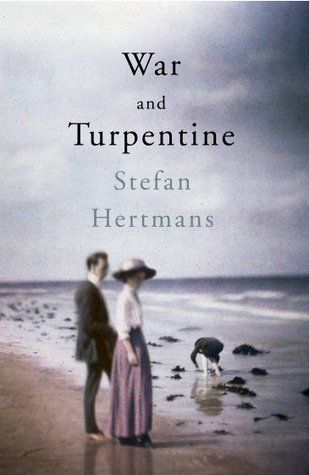 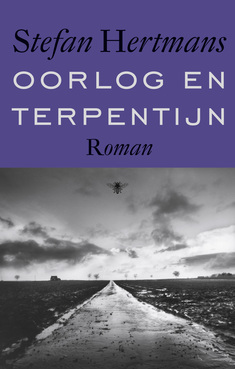 I had not heard about this author before even though he probably should be known in the Netherlands since there are not so many countries that write in Dutch. When it was suggested in our book club, I thought this would be a good choice to read another Belgian author.

And it was. Stefan Hertmans tells about his grandfather's life according to the memoirs the latter hat written. It is a heartwarming tale about a young man who was 23 when World War I started and had to go into a war nobody wanted. His father had been a painter and so was he. We hear a lot about that part of his life but even more about his life in the trenches in the fields of Flanders.

The story is us about the life of the protagonist as a child, a young man, a married man and later, an old man, partly through his own diary. But its also a story about the author and how he grew up with his grandfather.

I read this in the original Dutch language.

"Shortly before his death in 1981, Stefan Hertmans' grandfather gave him a couple of filled exercise books. Stories he’d heard as a child had led Hertmans to suspect that their contents might be disturbing, and for years he didn’t dare to open them.

When he finally did, he discovered unexpected secrets. His grandfather’s life was marked by years of childhood poverty in late-nineteenth-century Belgium, by horrific experiences on the frontlines during the First World War and by the loss of the young love of his life. He sublimated his grief in the silence of painting.

Drawing on these diary entries, his childhood memories and the stories told within Urbain’s paintings, Hertmans has produced a poetic novelisation of his grandfather’s story, brought to life with great imaginative power and vivid detail.

War and Turpentine is an enthralling search for a life that coincided with the tragedy of a century - and a posthumous, almost mythical attempt to give that life a voice at last."