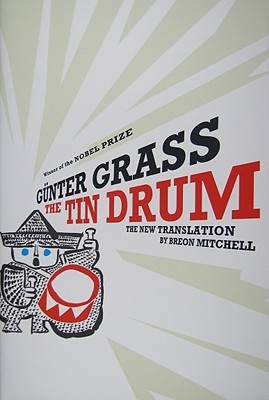 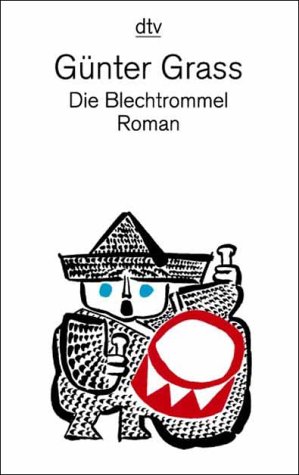 Günter Grass is one of my favourite Nobel Prize winners, certainly one of the best German authors we ever had. His style is unique, his language superb.

How to describe this book? To even try would be like rewriting the whole story which is, of course, impossible.

Why is it so important? The story represents not only a part of our history that is told from a completely different perspective than most books of the war, it also describes how many things could have been through the magic realism genre.

Oscar Matzerath was born in the then free city of Danzig (now the Polish city Gdańsk). When he is three years old, he decides not to grow anymore. He tells us the story of his grandmother and through his narration we go through WWII, the occupation of Poland and the post-war life of many refugees who went to West Germany.

Oscar incorporates many different characters, the grown-up child, the obsessive drummer, the evil of this world, the actor who wants to show us how it's done. He is many people in one, hard to grasp but so much one of us that we seem to know him.

This is certainly not one of the easiest books to read but it is totally worth it. It is a story you will never forget. I will continue reading the two other books of the "Danzig Trilogy": "Cat and Mouse" (Katz und Maus) and "Dog Years" (Hundejahre).

Like many other successful books, "The Tin Drum" was made into a film and received the Academy Award for best Foreign Language Picture.

"Meet Oskar Matzerath, 'the eternal three-year-old drummer.' On the morning of his third birthday, dressed in a striped pullover and patent leather shoes, and clutching his drumsticks and his new tin drum, young Oskar makes an irrevocable decision: 'It was then that I declared, resolved, and determined that I would never under any circumstances be a politician, much less a grocer; that I would stop right there, remain as I was - and so I did; for many years I not only stayed the same size but clung to the same attire.' Here is a Peter Pan story with a vengeance. But instead of Never-Never Land, Günter Grass gives us Danzig, a contested city on the Polish-German border; instead of Captain Hook and his pirates, we have the Nazis. And in place of Peter himself is Oskar, a twisted puer aeternis with a scream that can shatter glass and a drum rather than a shadow. First published in 1959, The Tin Drum's depiction of the Nazi era created a furor in Germany, for the world of Grass's making is rife with corrupt politicians and brutal grocers in brown shirts:


There was once a grocer who closed his store one day in November, because something was doing in town; taking his son Oskar by the hand, he boarded a Number 5 streetcar and rode to the Langasser Gate, because there as in Zoppot and Langfuhr the synagogue was on fire. The synagogue had almost burned down and the firemen were looking on, taking care that the flames should not spread to other buildings. Outside the wrecked synagogue, men in uniform and others in civilian clothes piled up books, ritual objects, and strange kinds of cloth. The mound was set on fire and the grocer took advantage of the opportunity to warm his fingers and his feelings over the public blaze.

As Oskar grows older (though not taller), portents of war transform into the thing itself. Danzig is the first casualty when, in the summer of 1939, residents turn against each other in a pitched battle between Poles and Germans. In the years that follow, Oskar goes from one picaresque adventure to the next - he joins a troupe of traveling musicians; he becomes the leader of a group of anarchists; he falls in love; he becomes a recording artist - until some time after the war, he is convicted of murder and confined to a mental hospital.

The Tin Drum uses savage comedy and a stiff dose of magical realism to capture not only the madness of war, but also the black cancer at the heart of humanity that allows such degradations to occur. Grass wields his humor like a knife - yes, he'll make you laugh, but he'll make you bleed, as well. There have been many novels written about World War II, but only a handful can truly be called great; The Tin Drum, without a doubt, is one. - Alix Wilber"

When visiting Lübeck a couple of years ago, I was happy to be able to visit the house where he lived. You can read about my experience here.
Posted by Marianne at 13:31