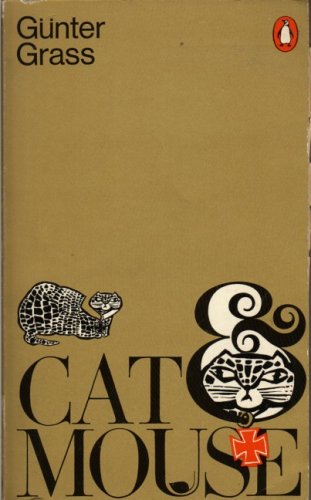 After "The Tin Drum", this is the second book in the Danzig trilogy. Again, we have some young people living in Danzig but the two stories have nothing to do with each other. Plus, the former is a tome, 800+ pages, the second a novella.

However, the writing is as interesting as the first, in the typical Grass style, jumping from one thought to the next, sometimes just fragments, sometimes allusions but always sticking to the story, showing us the looming war, the ever-dominant Hitler and his party that ended and ruined so many lives.

Günter Grass has just a way to make us feel like being there, living through this age of fear and terror, without even describing it, going into the horrible details, they are there, hovering in the background, determining the destiny of everyone involved.

A chilling novel, a gripping book. Günter Grass is certainly one of the greatest German authors.

"To compensate for his unusually large Adam’s apple - source of both discomfort and distress - fourteen year old Joachim Mahlke turns himself into athlete and ace diver. Soon he is known to his peers and his nation as 'The Great Mahlke'. But to his enemies, he remains a target. He is different and doomed in a country scarred by the war.

Cat and Mouse was first published in 1961, two years after Gunter Grass’ controversial and applauded masterpiece, The Tin Drum. Once again Grass turns his attention on Danzig. With a subtle blend of humour and power, Cat and Mouse ostensibly relates the rise of Mahlke from clown to hero. But Mahlke’s outlandish antics hide the darkness at the heart of a nation torn by Nazi violence, the war, and its aftermath."

When visiting Lübeck a couple of years ago, I was happy to be able to visit the house where he lived. You can read about my experience here.

I contribute to this page: Read the Nobels and you can find all my blogs about Nobel Prize winning authors and their books here.
Posted by Marianne at 10:21