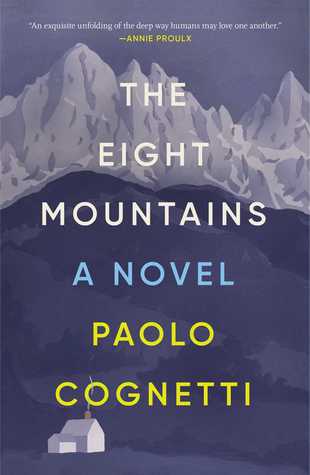 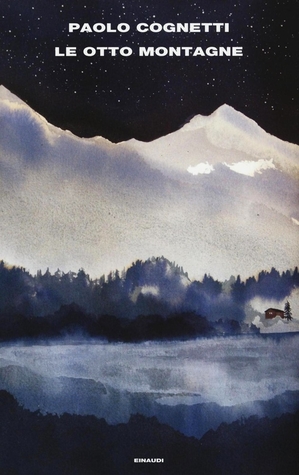 Pietro and Bruno have been friends since childhood. Since Pietro's mother decided it was time to spend the summer in the mountains rather than in Milan and his father took him climbing there, in the Dolomites.

This is a slow-moving book. Not boring, just exactly how you expect time spent in the mountains. A story about the relation between a father and a son and the development of a friendship between two very different boys. Even if the mountains or nature don't interest you, it is a lovely tale of people who want to go back to the ordinary life, a life that is hardly possible nowadays, at least not in the Western world.  A quiet tale by the protagonist who doesn't hide anything.

"The international sensation about the friendship between two young Italian boys from different backgrounds and how their incredibly strong connection evolves, changes, and challenges them throughout their lives.

Pietro is a lonely boy living in Milan. With his parents becoming more distant each day, the only thing the family shares is their love for the Dolomites, the mountains that hug the northeastern border of Italy.

While on vacation at the foot of the mountains, Pietro meets Bruno, an adventurous, spirited local boy. Together they spend many summers exploring the mountain’s meadows and peaks and discover the similarities and differences in their lives, their backgrounds, and their futures. The two boys come to find the true meaning of friendship and camaraderie, even as their divergent paths in life— Bruno’s in the mountains, Pietro’s in cosmopolitan cities across the world—test the strength and meaning of their connection.

A modern Italian masterpiece, The Eight Mountains is a lyrical coming-of-age story about the power of male friendships and the enduring bond between fathers and sons."
Posted by Marianne at 16:08