Coetzee, J.M. "The Childhood of Jesus" 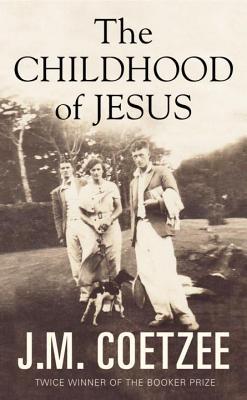 I don't really know what to say about this book. It is so strange. A man and a boy arrive in a new country. We are supposed to believe, I think, that they are refugees abut we have no idea from where they come and where they went, only that they had to cross an ocean. They could have gone from Africa to South America, Asia to Australia, North America to Europe or any combination thereof. The only continent I wouldn't suspect is Antarctica though it could be after climate change has taken place and they start settling people there.

That doesn't really matter. I'm not even sure whether this is supposed to be a dystopian novel or not, though I will call it that. Everyone in this country starts with a clean slate, they are given a new name, their past is forgotten. Sounds more like a utopian tale at the beginning, however, it's not. Life couldn't be made more difficult for new arrivals.

I have come to really dislike the boy and that is something I don't really like. I remember a member of our book club mention that she hated books where the children are so awful that one can only dislike them. I doubt she would have liked this book.

As to the title, I have no idea what the title has to do with the novel. There are biblical allusions but without the name "Jesus", it might as well have been coincidences.

Somewhere on the internet I read someone recommending "Disgrace" and "Life of Times of Michael K." and avoid this one. I wish I had read that before starting this novel. I did enjoy "Disgrace" a lot more than this one.

"After crossing oceans, a man and a boy arrive in a new land. Here they are each assigned a name and an age, and held in a camp in the desert while they learn Spanish, the language of their new country. As Simón and David they make their way to the relocation centre in the city of Novilla, where officialdom treats them politely but not necessarily helpfully.

Simón finds a job in a grain wharf. The work is unfamiliar and backbreaking, but he soon warms to his stevedore comrades, who during breaks conduct philosophical dialogues on the dignity of labour, and generally take him to their hearts.

Now he must set about his task of locating the boy’s mother. Though like everyone else who arrives in this new country he seems to be washed clean of all traces of memory, he is convinced he will know her when he sees her. And indeed, while walking with the boy in the countryside Simón catches sight of a woman he is certain is the mother, and persuades her to assume the role.

David's new mother comes to realise that he is an exceptional child, a bright, dreamy boy with highly unusual ideas about the world. But the school authorities detect a rebellious streak in him and insist he be sent to a special school far away. His mother refuses to yield him up, and it is Simón who must drive the car as the trio flees across the mountains.

THE CHILDHOOD OF JESUS is a profound, beautiful and continually surprising novel from a very great writer."

J.M. Coetzee "who in innumerable guises portrays the surprising involvement of the outsider" received the Nobel Prize in 2003.

I contribute to this page: Read the Nobels and you can find all my blogs about Nobel Prize winning authors and their books here.
Posted by Marianne at 17:46