McKinley, Tamara "Lands Beyond the Sea" 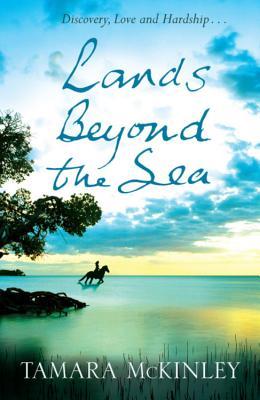 I would file this novel under "Catherine Cookson with a little Australiana thrown in". Too much "Lord loves poor girl, poor girl loves Lord but they can't get together" for me. The stories of the convicts have been described a lot better in other books (Capricornia, English Passengers, The Floating Brothel, For the Term of His Natural Life, The Secret River).

The story about the convicts might have been good if it hadn't all the chick lit paraphernalia thrown in. And I might have enjoyed the book if it hadn't been such an "easy read". Not my thing, I'm afraid.

I read this is the first of a series. I doubt I will read the following ones.

"Discovery
By the 1700s, the Aborigine people have lived in harmony with the land in Australia for sixty thousand years. But now, ghost-ships are arriving, their very existence is threatened by a terrifying white invasion.

Love
When Jonathan Cadwallader leaves Cornwall to sail on the Endeavour, he leaves behind his sweetheart, Susan Penhalligan ... But an act of brutality will reunite them in the raw and unforgiving penal colony of New South Wales.

Hardship
Billy Penhalligan has survived transportation and clings to the promise of a new beginning. But there will be more suffering before he or his fellow convicts can regard Australia as home ...

A powerful, romantic epic weaving the lives of the Cadwalladers, the Penhalliagnas, the Aborigine and the convict settlers into the untamed tapestry of newly discovered Australia."
Posted by Marianne at 11:56