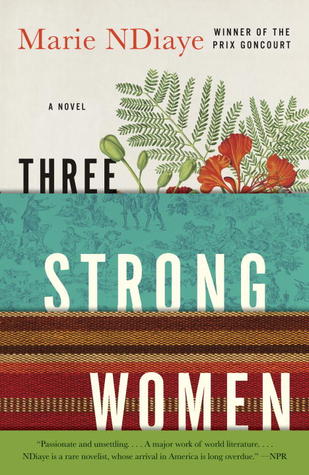 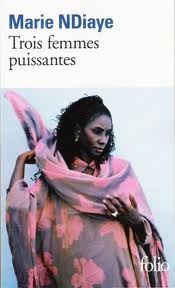 As I already mentioned in my review about the author's book "Rosie Carpe", I like reading a French book from time to time in order to use and improve my French. Unfortunately, I rarely enjoy them because they are always so weird. Not any different with this one.

I liked the description of the novel, or what I thought was the novel about three women who knew each other. But while reading it, I had to find out that these are three different stories with no relation to each other (other than one of them is a distant cousin of the other but the stories don't overlap). As I'm not a huge fan of short stories, I was quite disappointed when the first story ended in the middle of the book, and also in the middle of the story. None of the stories really has an end, well, the last one, sort of. None of the characters was really likeable, they all had some weird traits that I couldn't agree with.

The stories were unpleasant and ended abruptly. The characters didn't seem to even want to do anything to change their lives for the better. That is always the worst part of these kind of stories.

Nope, not my kind of book. I will have to remember not to fall into that trap again and read another book by this author.

"In this new novel, the first by a black woman ever to win the coveted Prix Goncourt, Marie NDiaye creates a luminous narrative triptych as harrowing as it is beautiful.

This is the story of three women who say no: Norah, a French-born lawyer who finds herself in Senegal, summoned by her estranged, tyrannical father to save another victim of his paternity; Fanta, who leaves a modest but contented life as a teacher in Dakar to follow her white boyfriend back to France, where his delusional depression and sense of failure poison everything; and Khady, a penniless widow put out by her husband’s family with nothing but the name of a distant cousin (the aforementioned Fanta) who lives in France, a place Khady can scarcely conceive of but toward which she must now take desperate flight.

With lyrical intensity, Marie NDiaye masterfully evokes the relentless denial of dignity, to say nothing of happiness, in these lives caught between Africa and Europe. We see with stunning emotional exactitude how ordinary women discover unimagined reserves of strength, even as their humanity is chipped away. Three Strong Women admits us to an immigrant experience rarely if ever examined in fiction, but even more into the depths of the suffering heart."
Posted by Marianne at 14:52