Ahmad, Aeham "The Pianist from Syria" 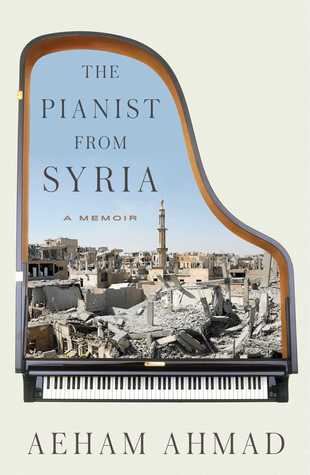 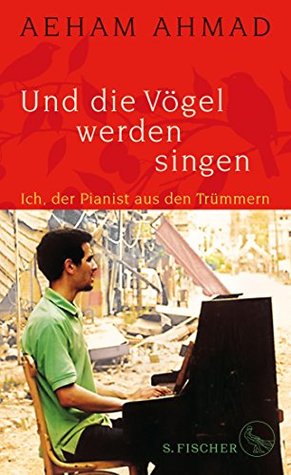 What a tragic, what a sad story. The author grew up as the son of Palestinian refugees in Syria. His father is blind but tries to do everything for his son so he can have a better future than was given to him.

Unfortunately, this was not to be. The Syrian Civil began in 2011, when Aehmed Acham was just 22. I kept comparing his life to that of my son who is just a year younger than him. We moved him from one country to the next and there was always a school, medical care, recreational facilities, music teachers, sports groups, the Scouts etc. Anything we wanted for him and his younger brother was there.

Not so for the people in Syria, especially not the Palestinian refugees who were gathered together in a part of Damascus, Yarmouk Camp, that was extremely hard if not impossible to leave.

In the end, Aeham Ahmad was able to escape Syria and really lucky that his family was able to follow him within a year. Many have not been so lucky. I fear for all of them.

The memoir is very well written, the author received some help, but you can hear his voice, his despair about all that has happened to him and his friends. I really loved how he mentioned that the German people had been so extremely kind to him and helped him and his family and friends. Like me and my family, most of our friends have always said we need to help as much as possible. This is a personal story that will hopefully make everyone understand that these are people like you and me who have the same need, wishes, hopes, and dreams. We can all work for a better future by sticking together.

"An astonishing but true account of a pianist’s escape from war-torn Syria to Germany offers a deeply personal perspective on the most devastating refugee crisis of this century.

Aeham Ahmad was born a second-generation refugee - the son of a blind violinist and carpenter who recognized Aeham's talent and taught him how to play piano and love music from an early age.

When his grandparents and father were forced to flee Israel and seek refuge from the Israeli–Palestinian conflict ravaging their home, Aeham’s family built a life in Yarmouk, an unofficial camp to more than 160,000 Palestinian refugees in Damascus. They raised a new generation in Syria while waiting for the conflict to be resolved so they could return to their homeland. Instead, another fight overtook their asylum. Their only haven was in music and in each other.

Forced to leave his family behind, Aeham sought out a safe place for them to call home and build a better life, taking solace in the indestructible bond between fathers and sons to keep moving forward. Heart-wrenching yet ultimately full of hope, and told in a raw and poignant voice, The Pianist from Syria is a gripping portrait of one man’s search for a peaceful life for his family and of a country being torn apart as the world watches in horror."
Posted by Marianne at 11:01